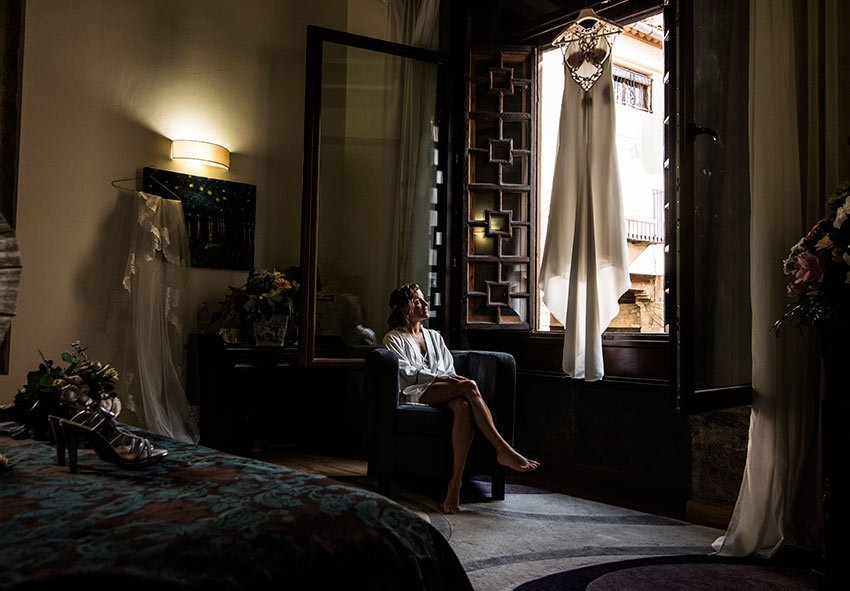 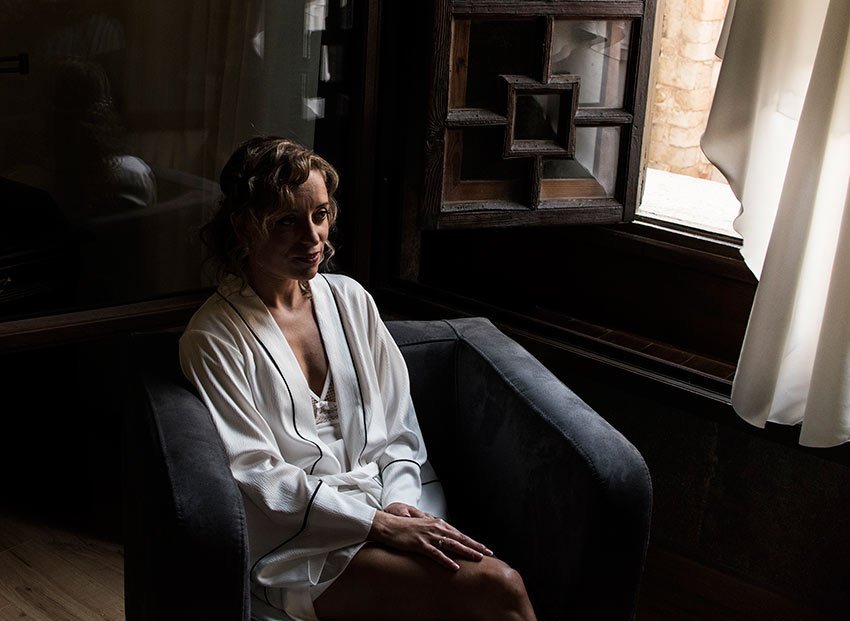 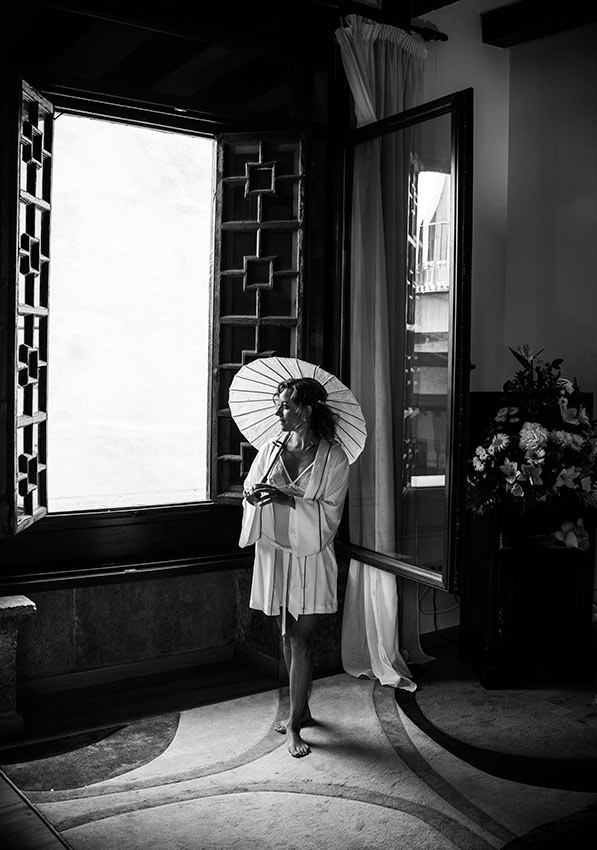 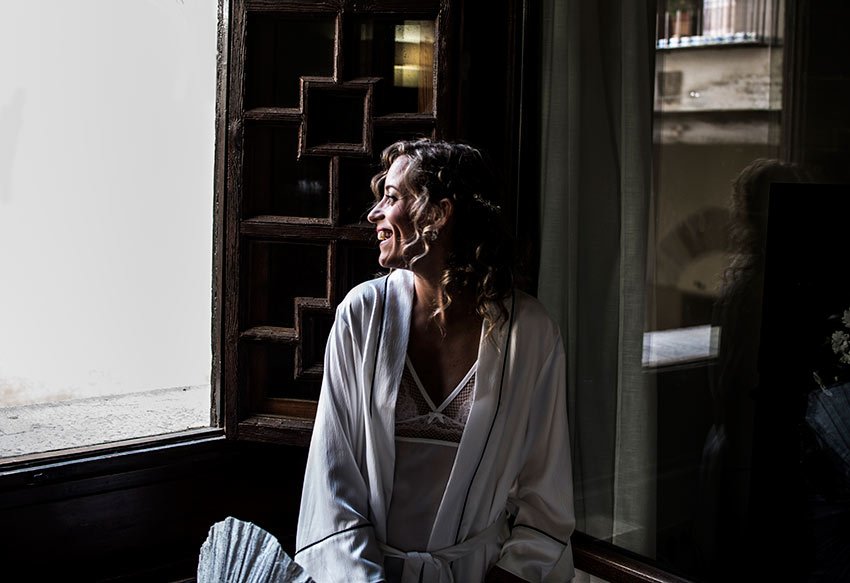 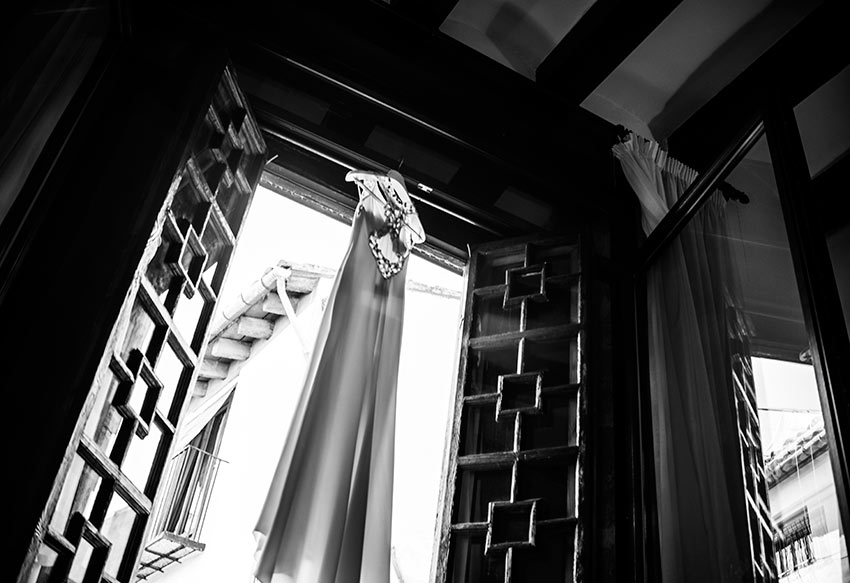 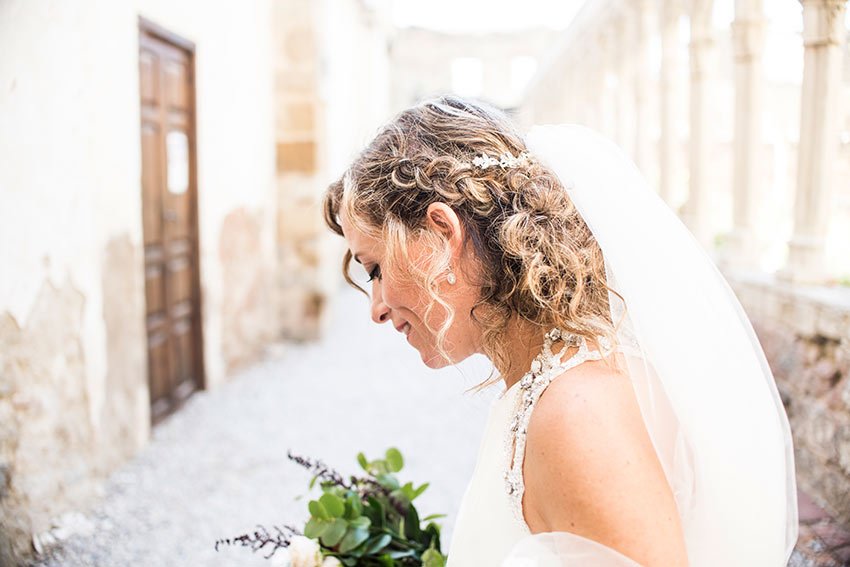 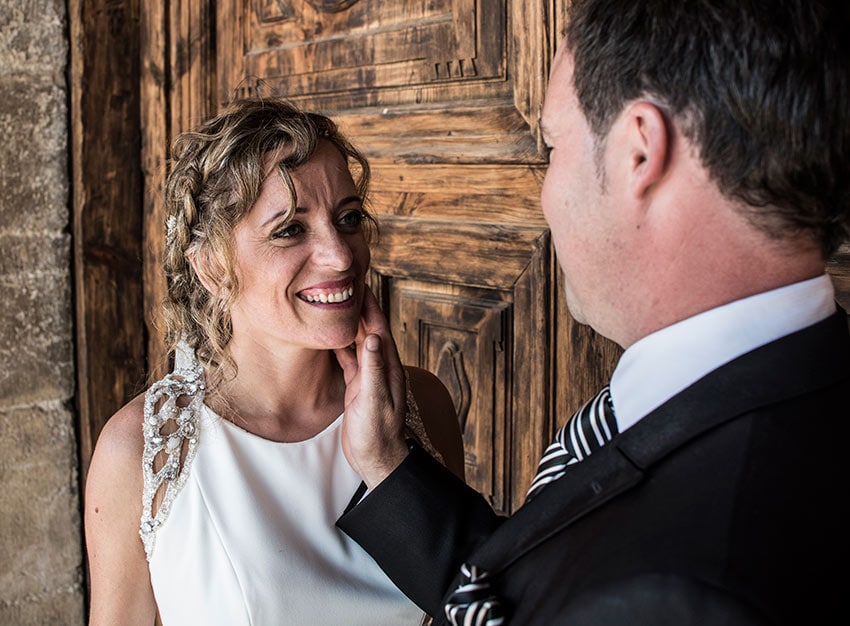 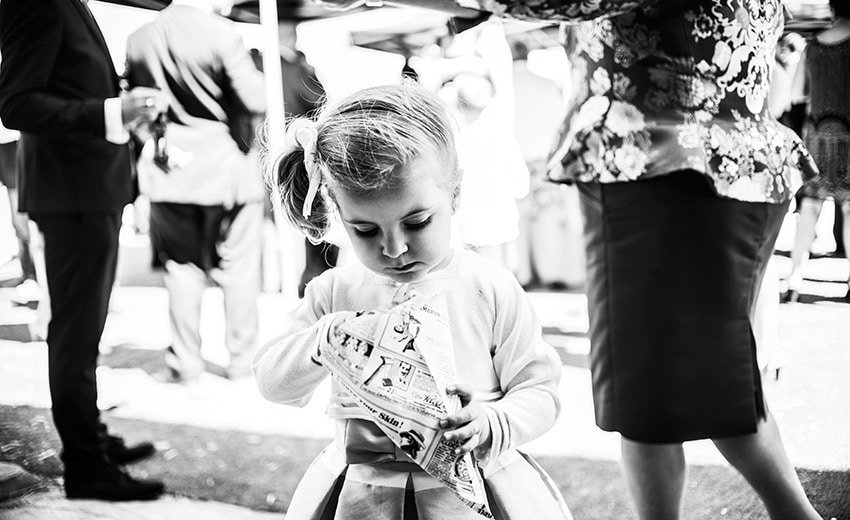 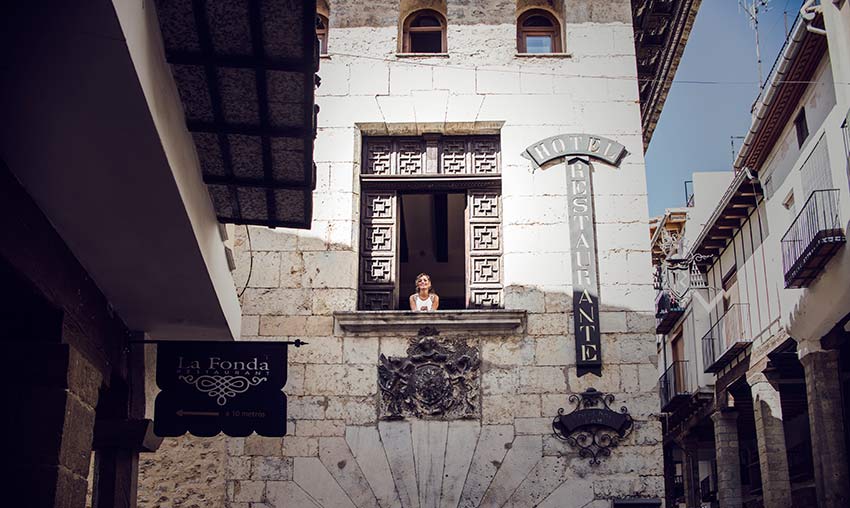 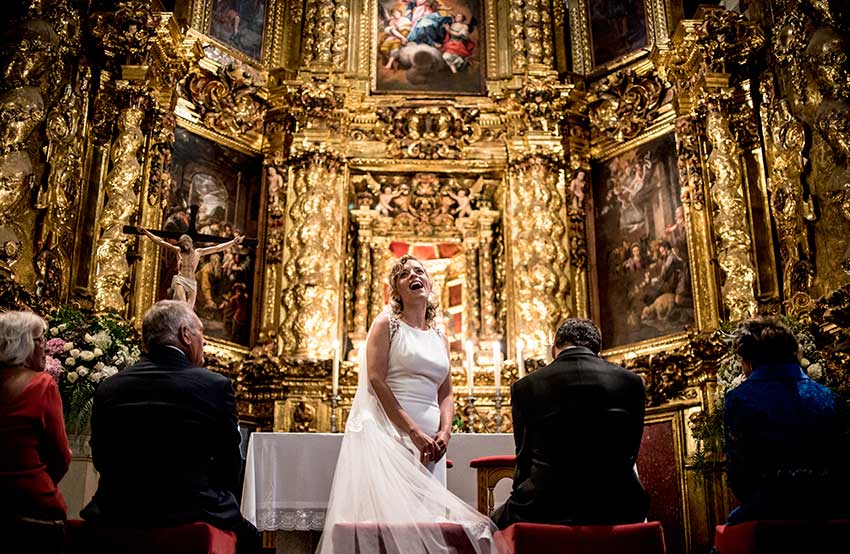 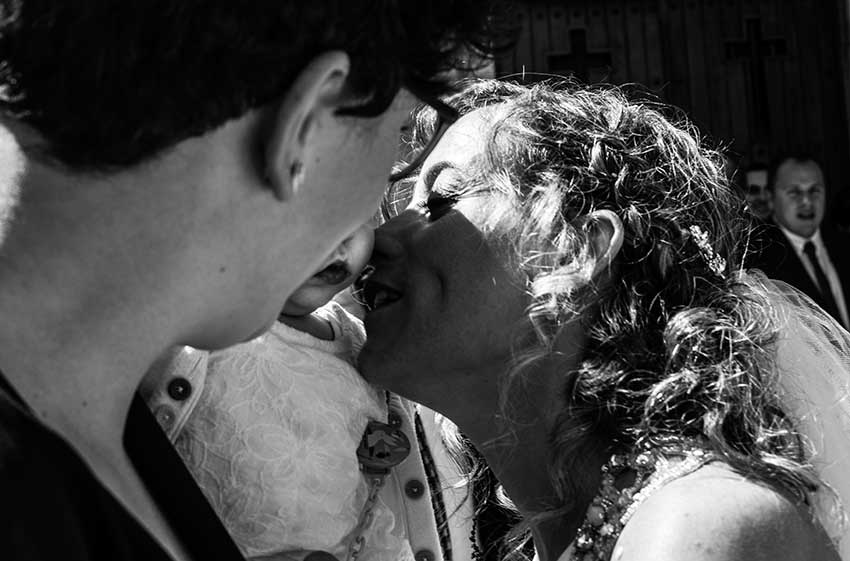 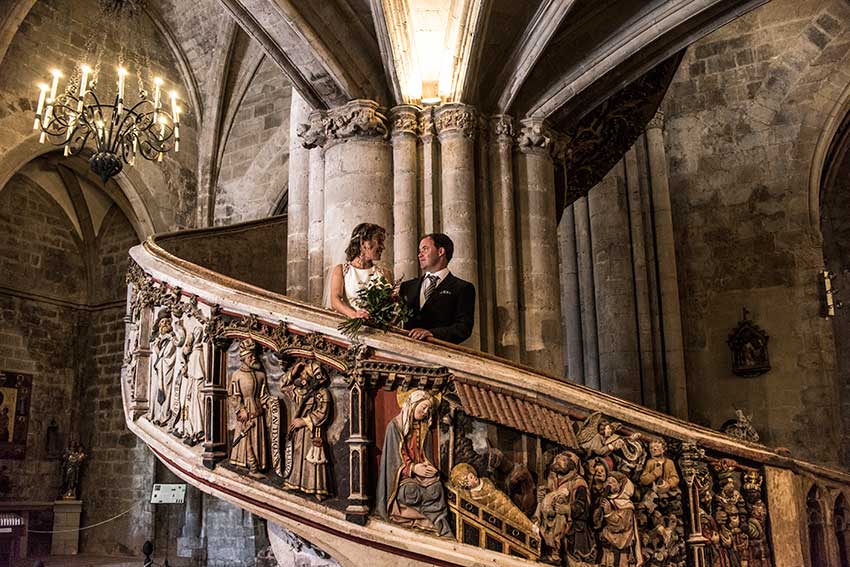 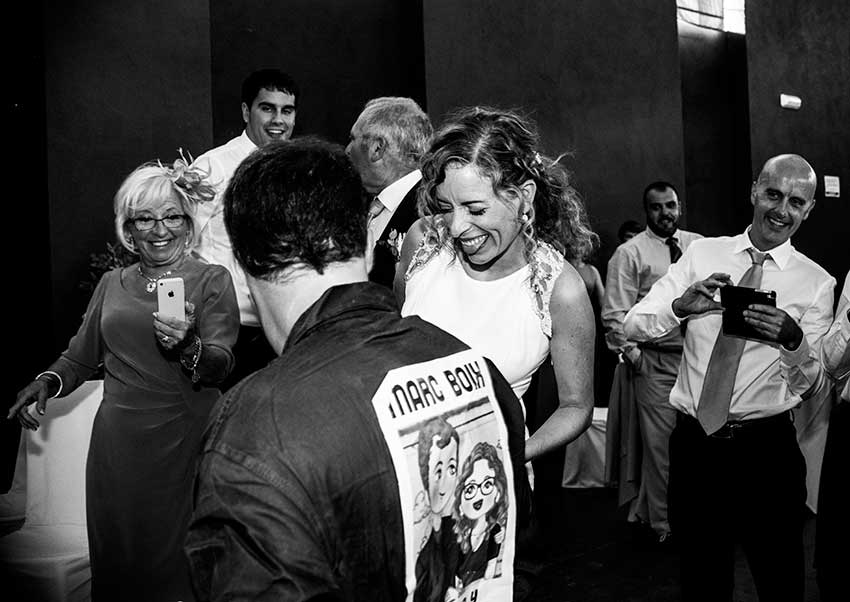 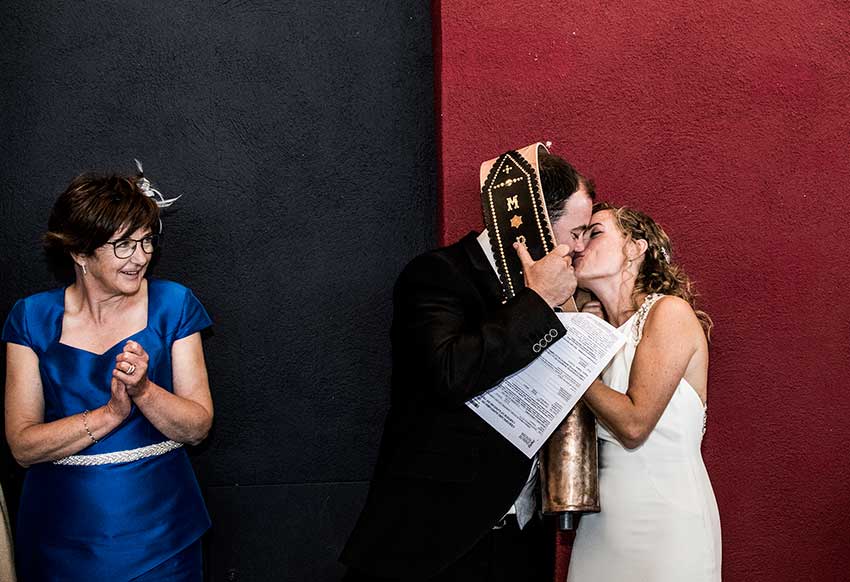 Morella’s style wedding….and when I say Morella’s wedding….hold on… I’ve never experienced anything like it before…. To begin with….the girl with the video and I arrived at the hotel and found the room unmade…there we breathed calm, except for the one in my body… Do you know what it’s like to meet the bride at 10:00 at the hotel, make it 10:00, the bride half-combed and the bed unmade?Well, that’s what happened to me….” We photographers who have had several weddings are very used to the fact that the bride is 30 or 40 minutes late….because of the make-up and hairdressing… Until I arrived in Morella and saw that the conception of time there is something else… The bride arrived at the hotel at 10.45 a.m….and at 11.15 a.m. she had to leave the hotel on the run because the groom was receiving the guests in the church. It was 11.15 a.m. and the people who had to dress her didn’t show up…an odyssey but very natural. The bride dazzles, calm and with a lot of fun… Then, with a phone call, the sister appeared to put the dress on her…. I had a blast….We headed for the church and it was such a nice place there. I think the most beautiful church I’ve ever been to after Leon Cathedral… When we finished we went to the castle of Morella, such a beautiful place…with spectacular views… Even if the boyfriend was shy, he let me take a lot of pictures and even got the taste of it!! When we arrived at the cocktail party there was no lack of details: there were sushi, meat, cuttlefish burgers….amazing. We ended up in a (spacecraft) not….in a super nice decorated ship where we were almost 200 people, and almost 200 surprises… The groom works with cattle ….There they dressed him as a cattleman and made them think that a real cow was going to appear….. And the groom shows up….three sacks of animal feed with the money of 40 friends with the cow full of coins of the money of another 40 friends…. This wedding didn’t have any wasted moment… I thank the bride and groom for the laughter, for their kindness and gratitude. It was wonderful . Wedding photographers Mallorca Balearic Islands Wedding photographers Mallorca Balearic Islands: Ruth and Marc