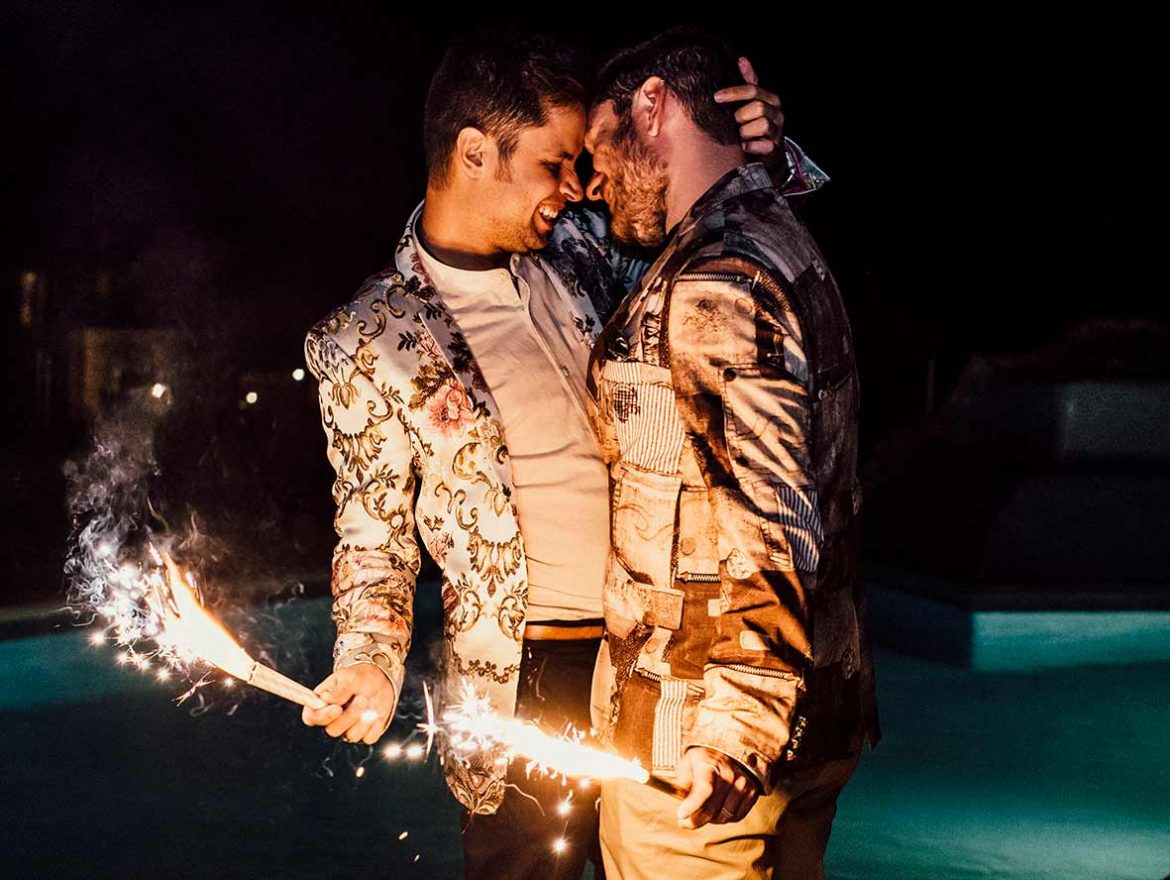 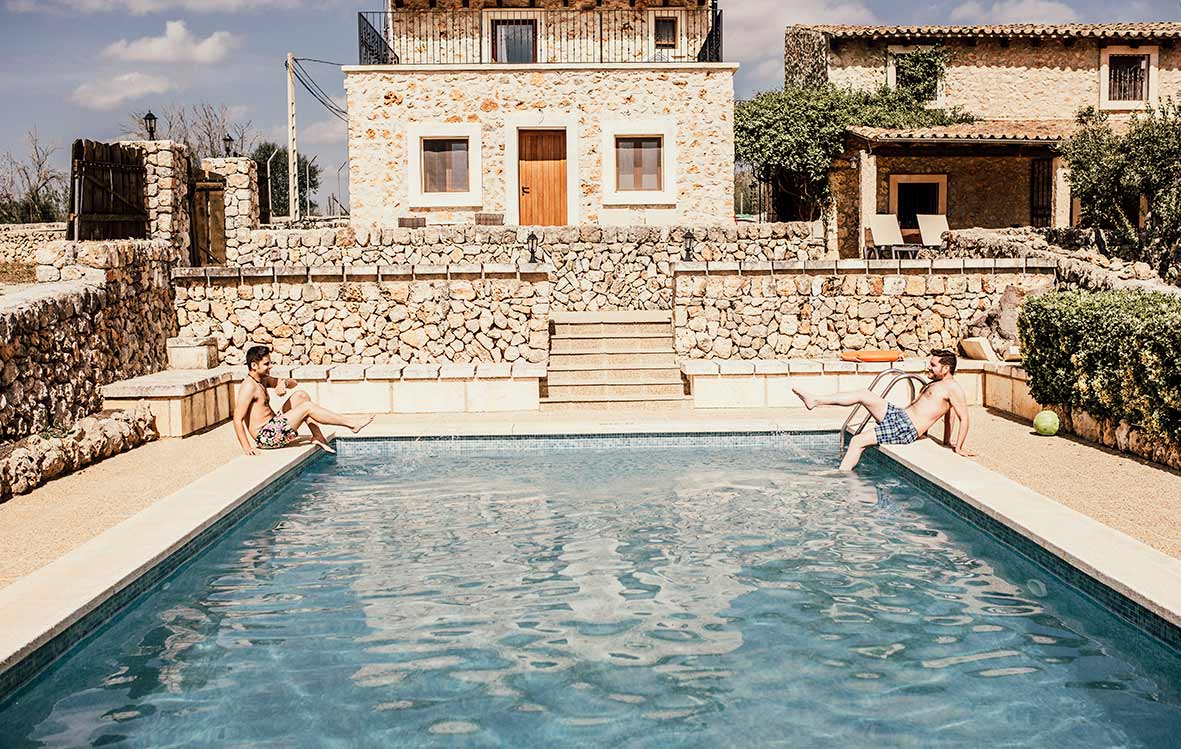 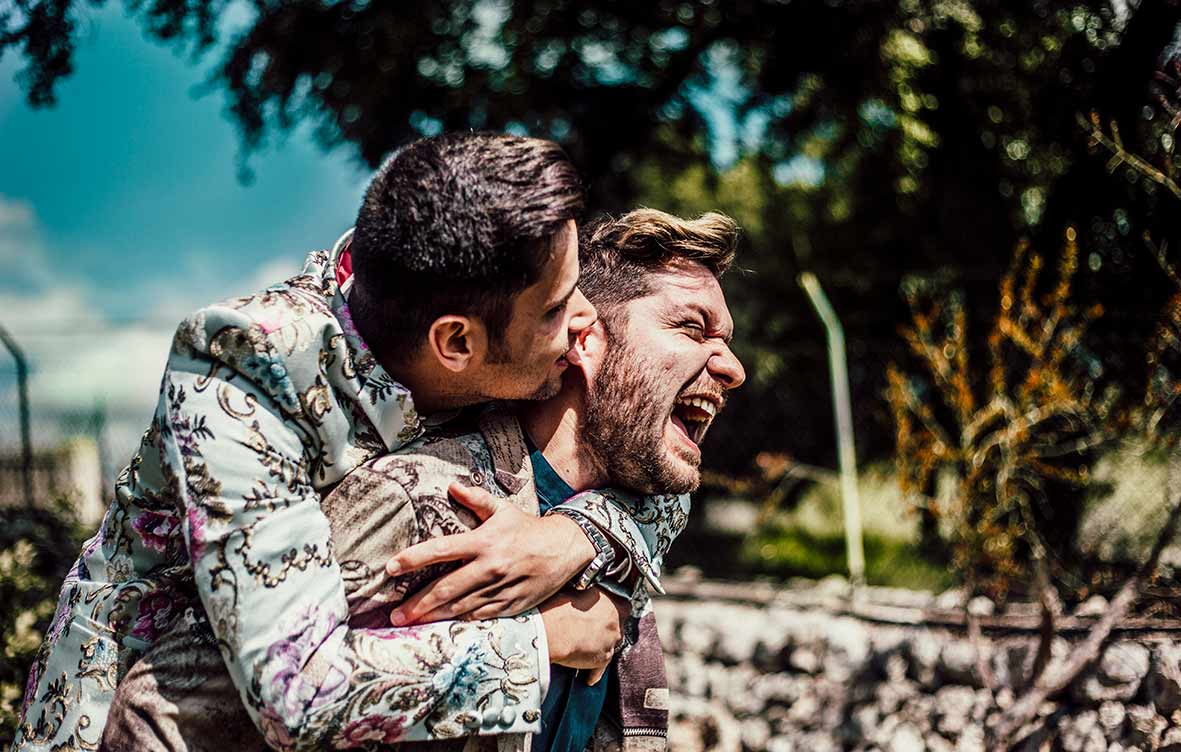 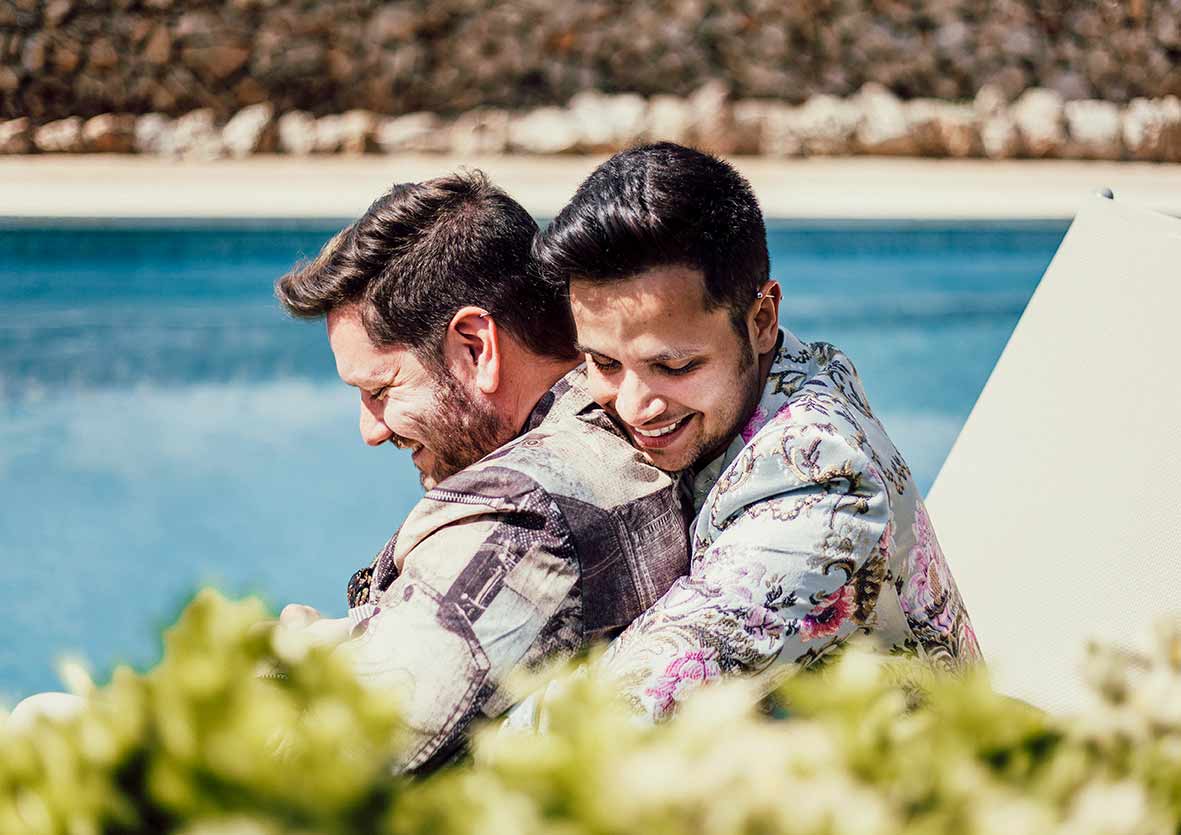 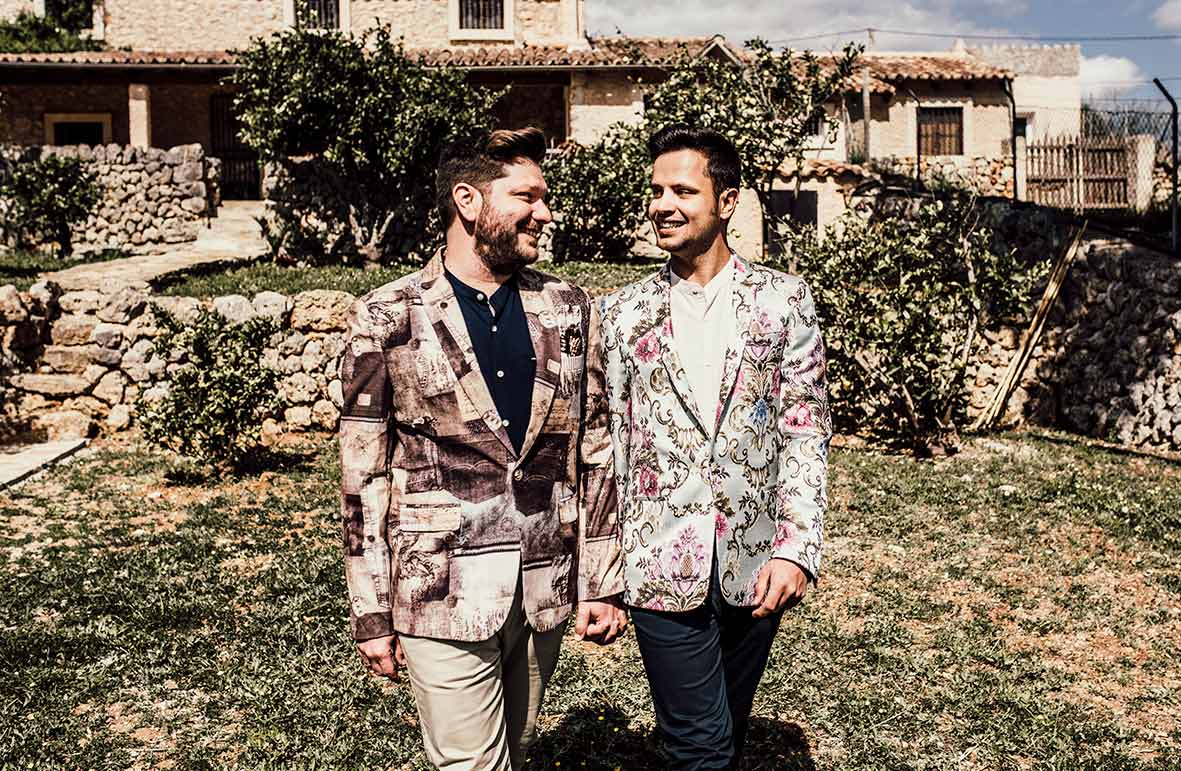 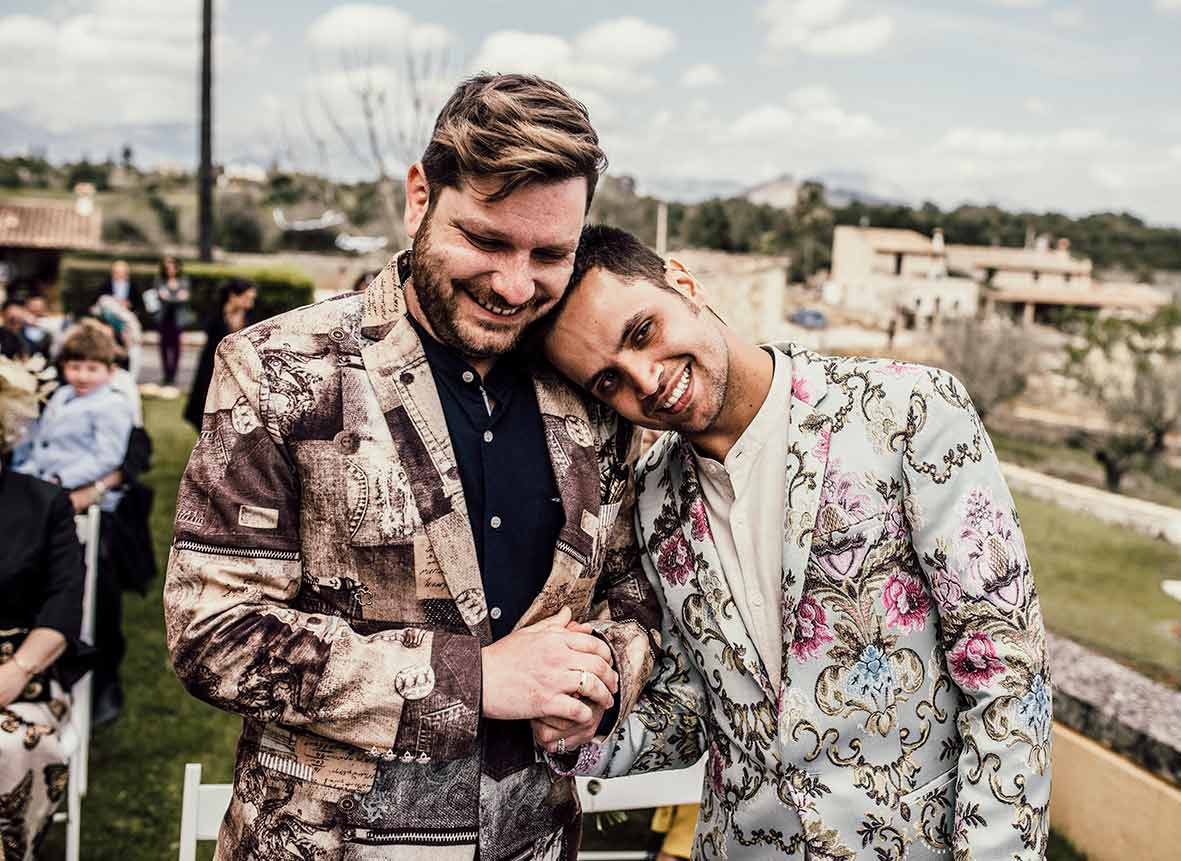 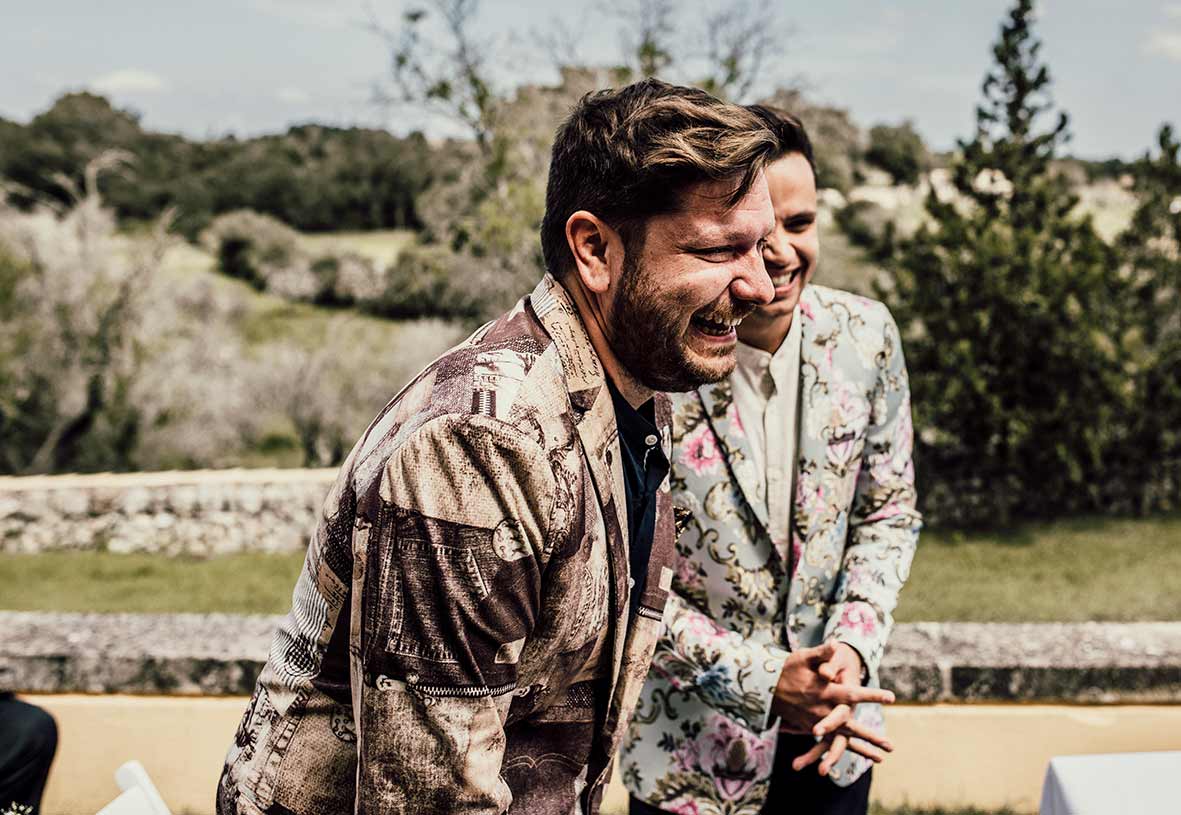 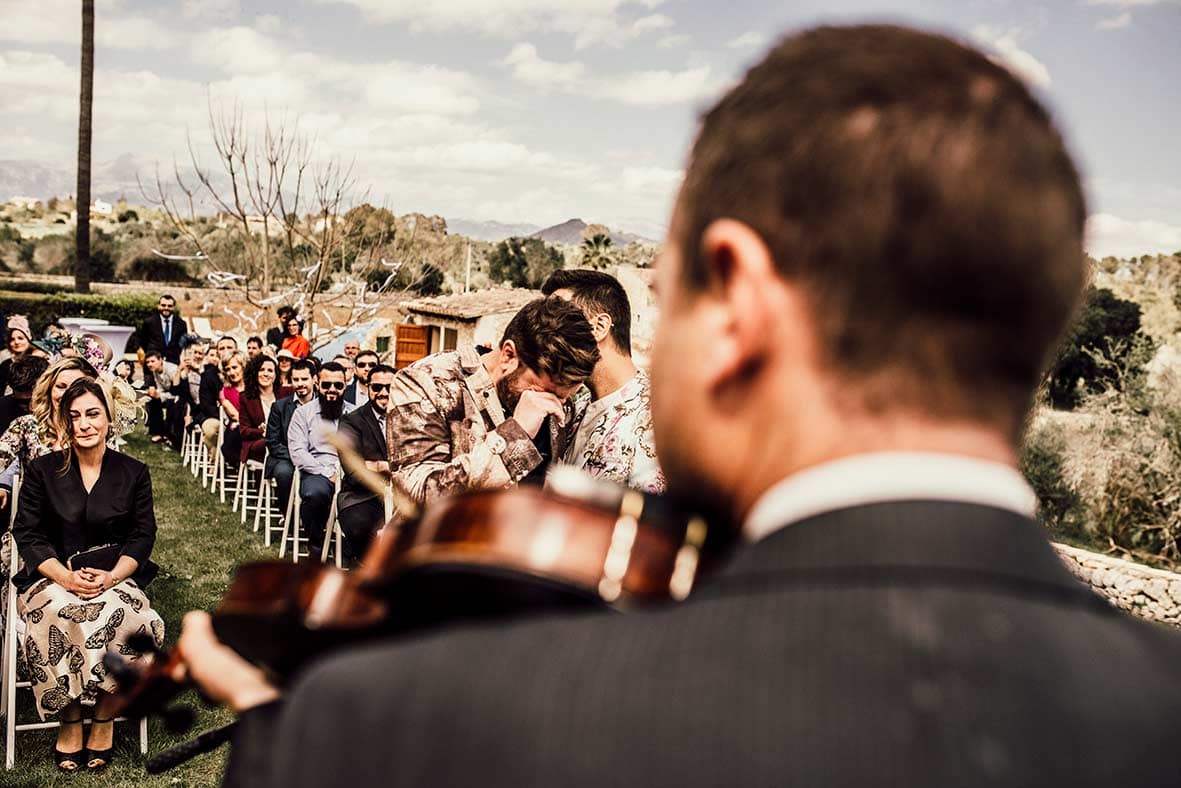 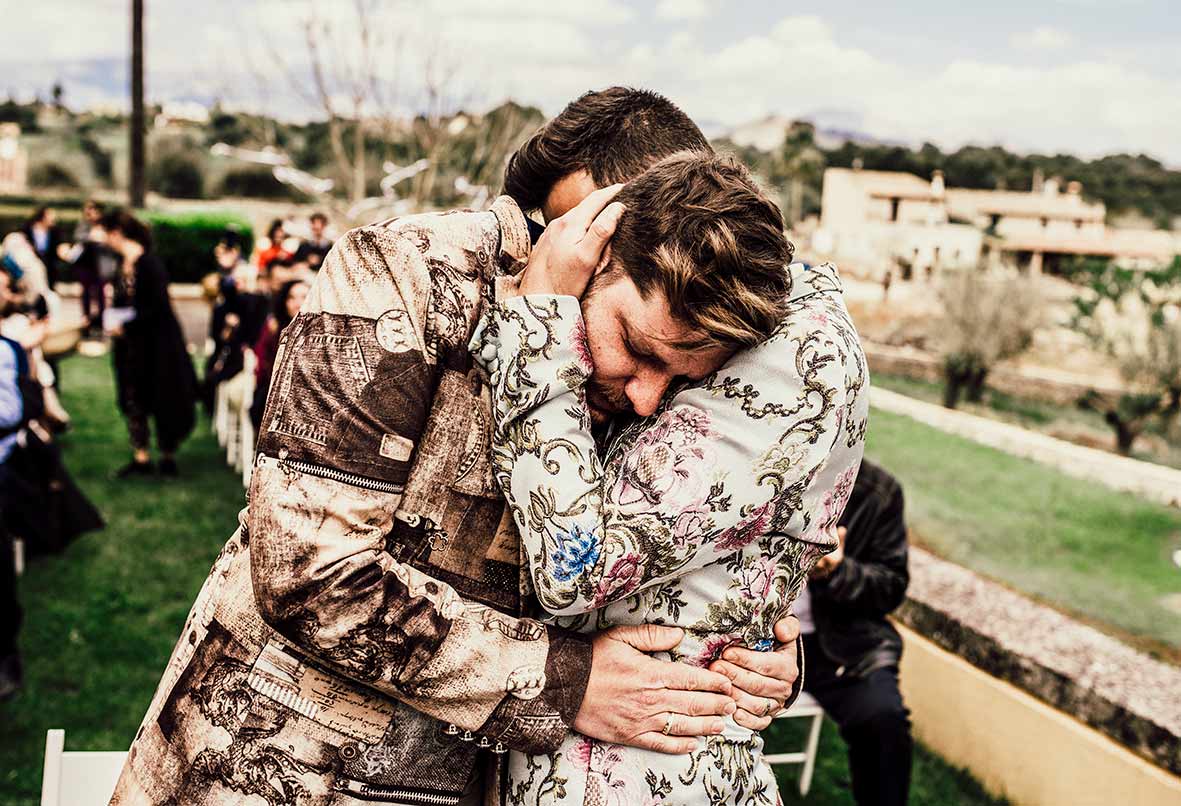 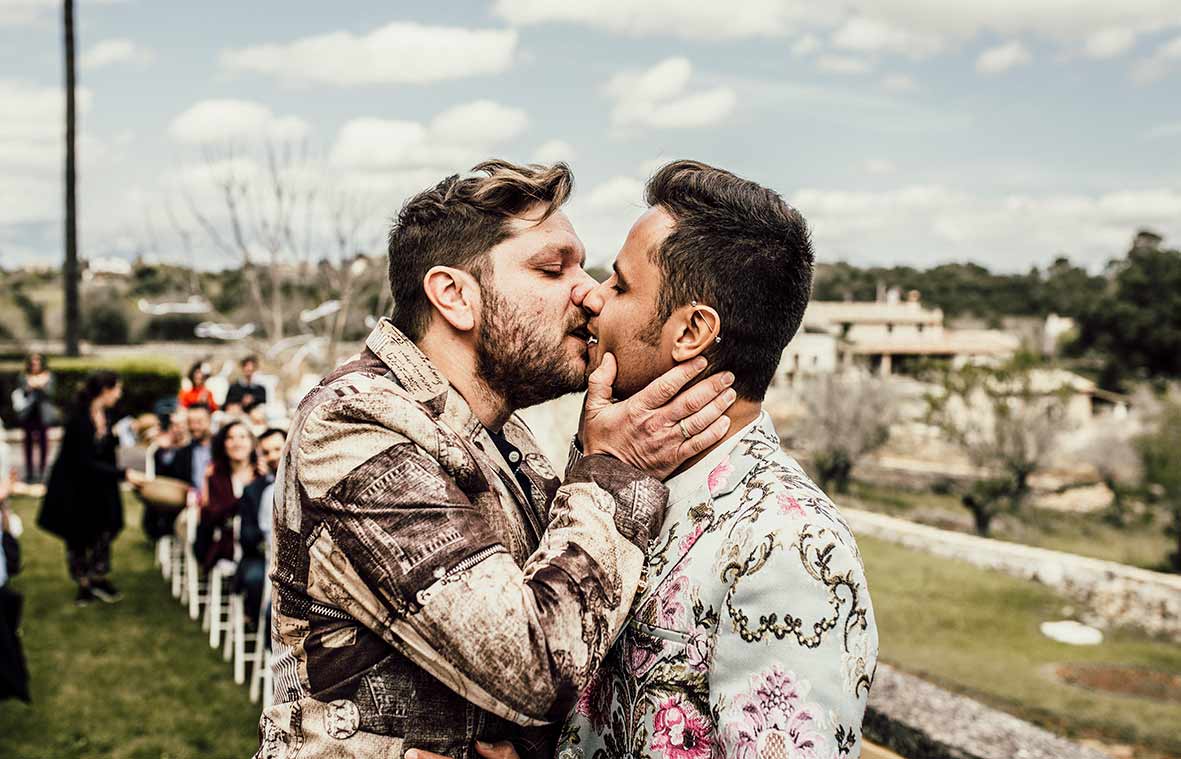 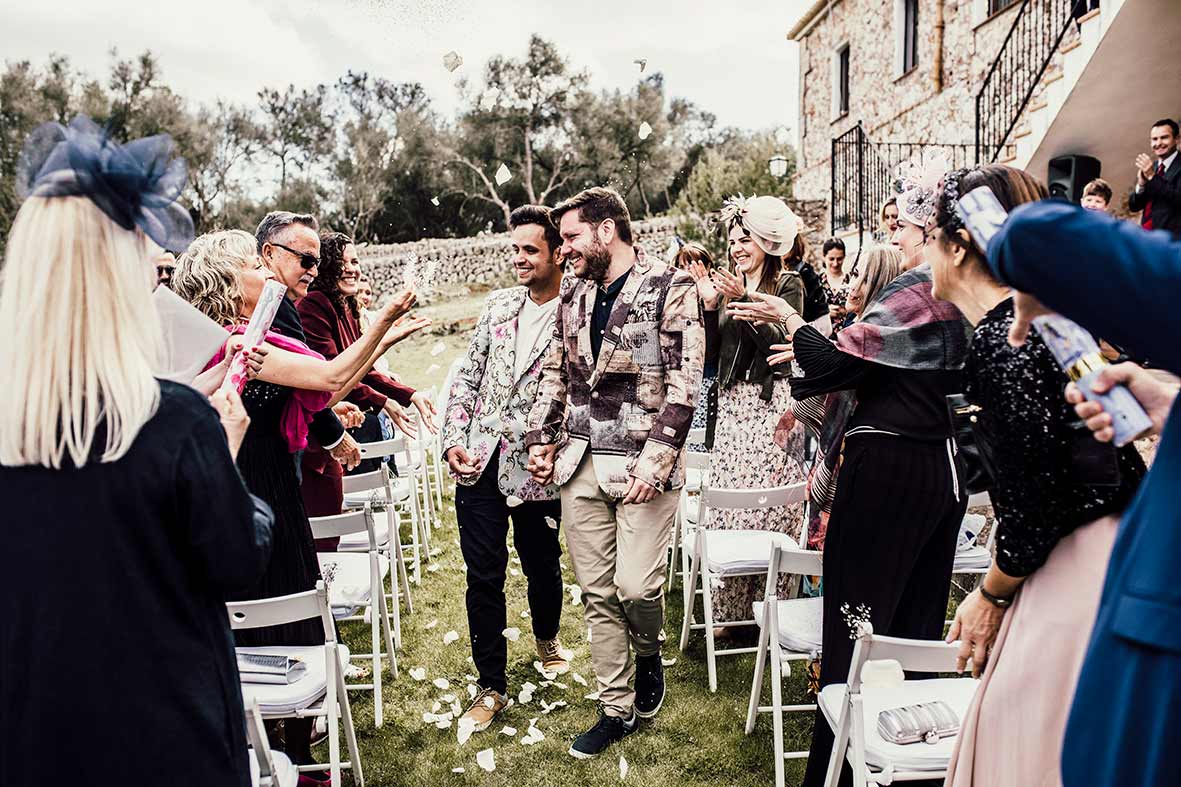 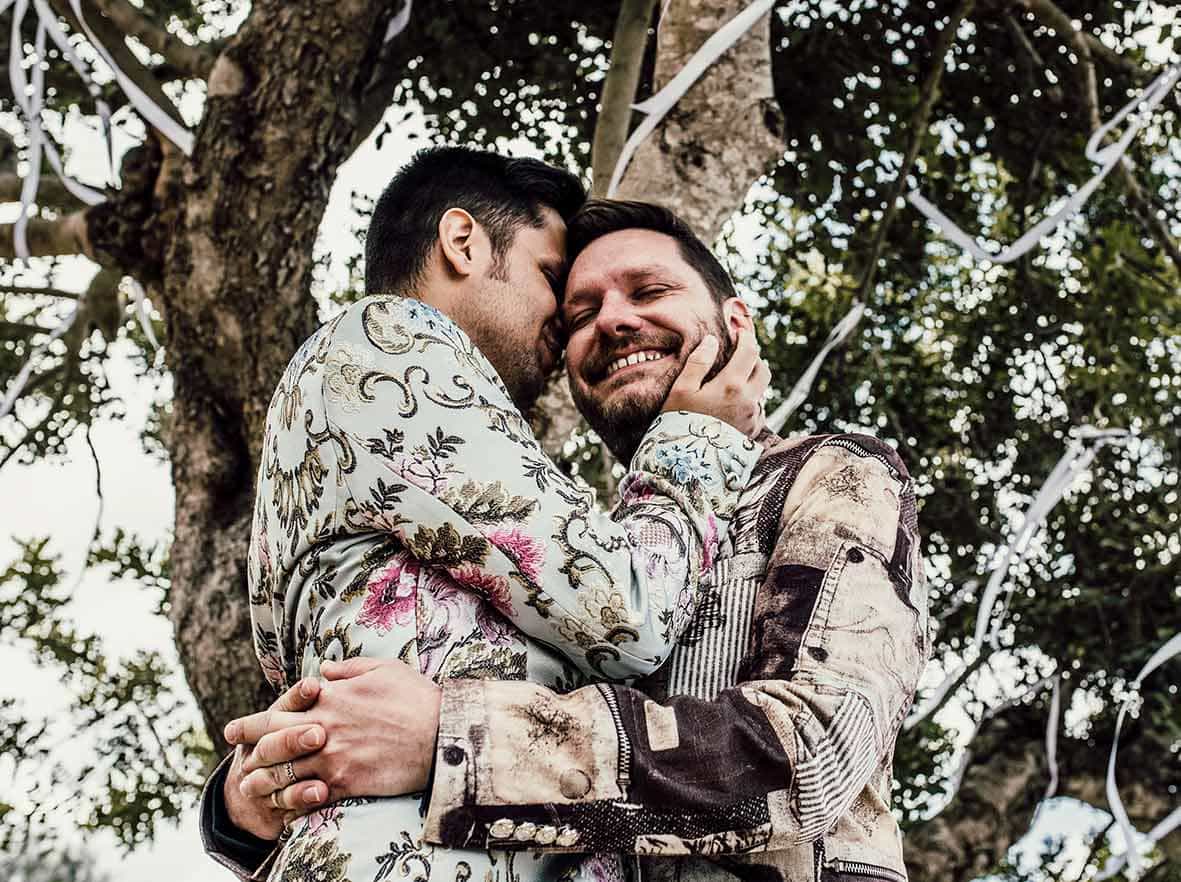 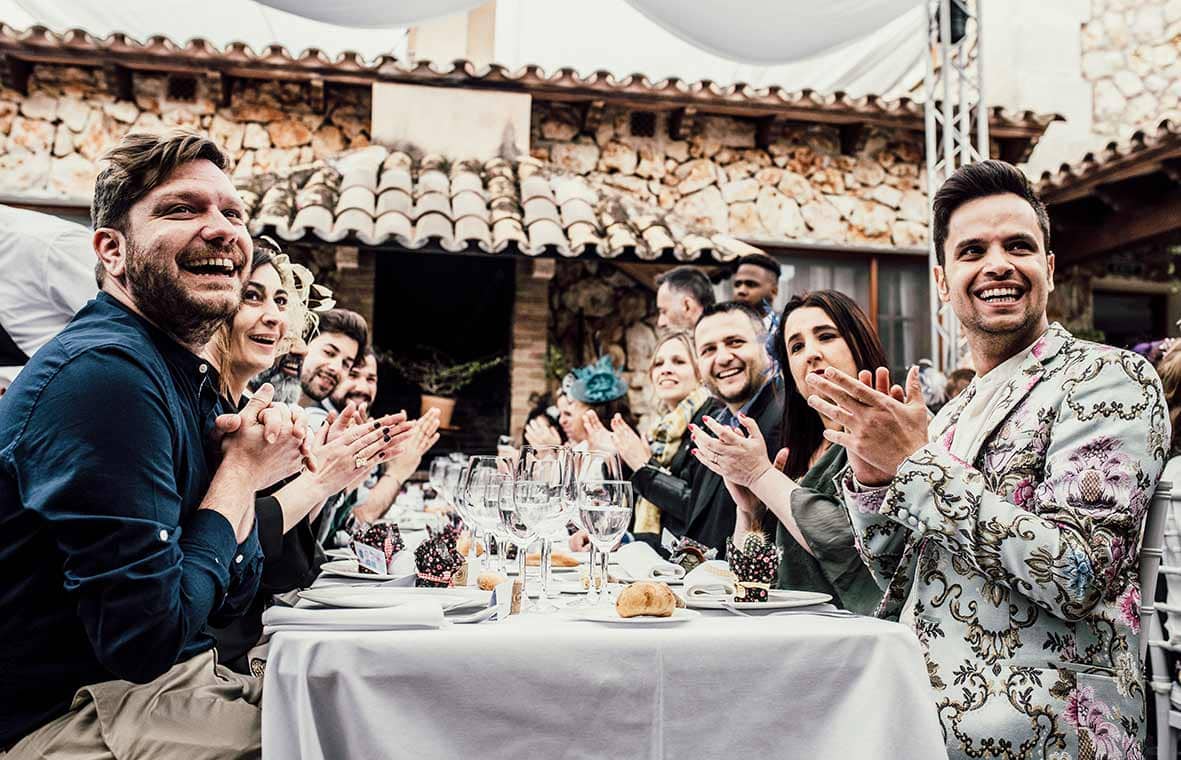 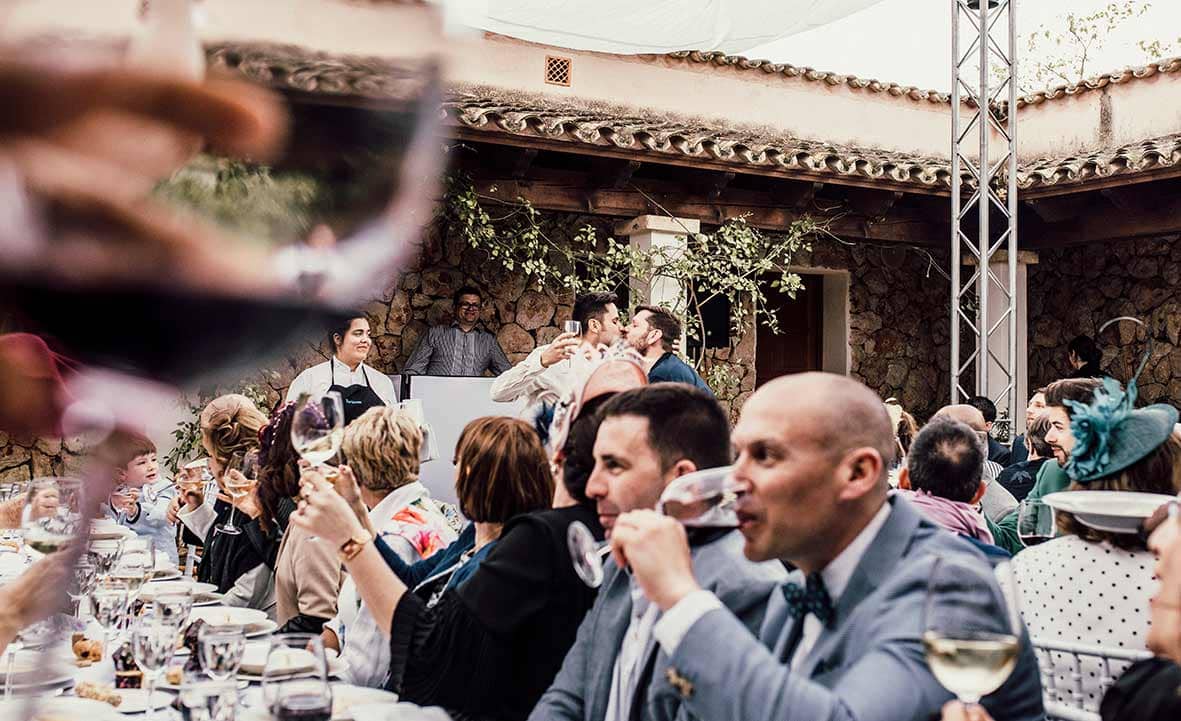 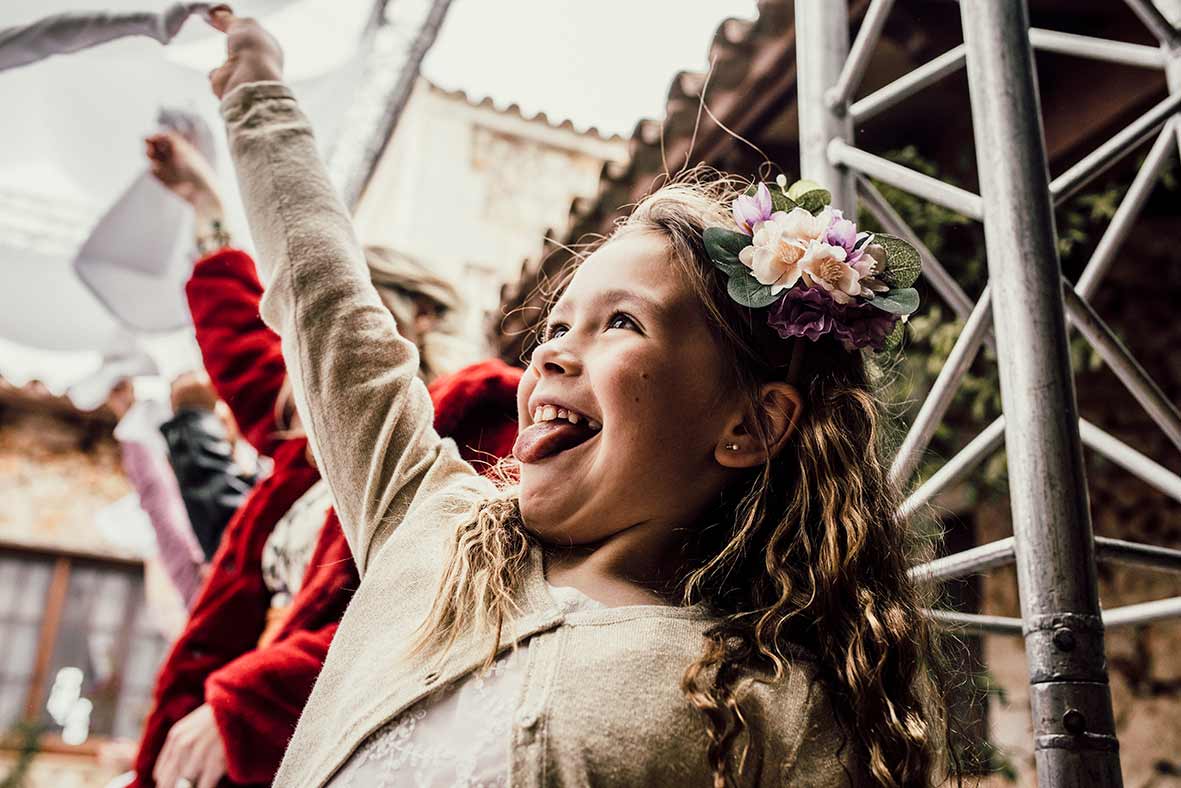 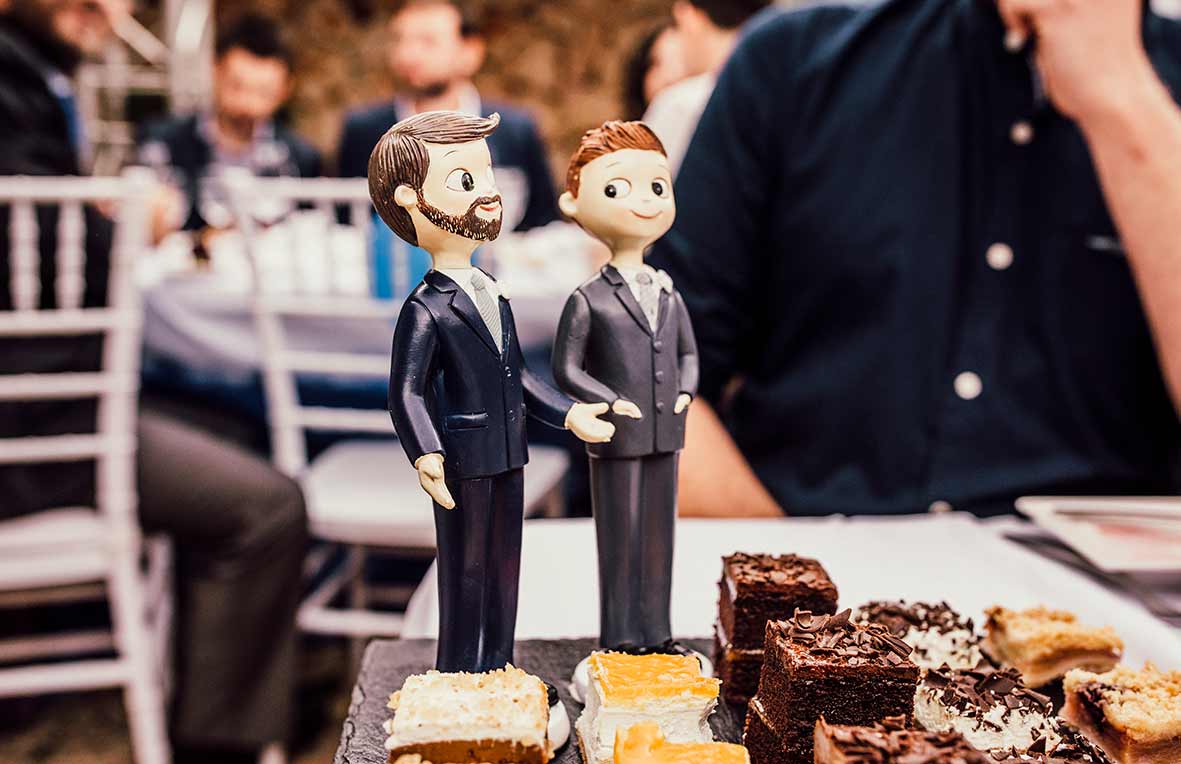 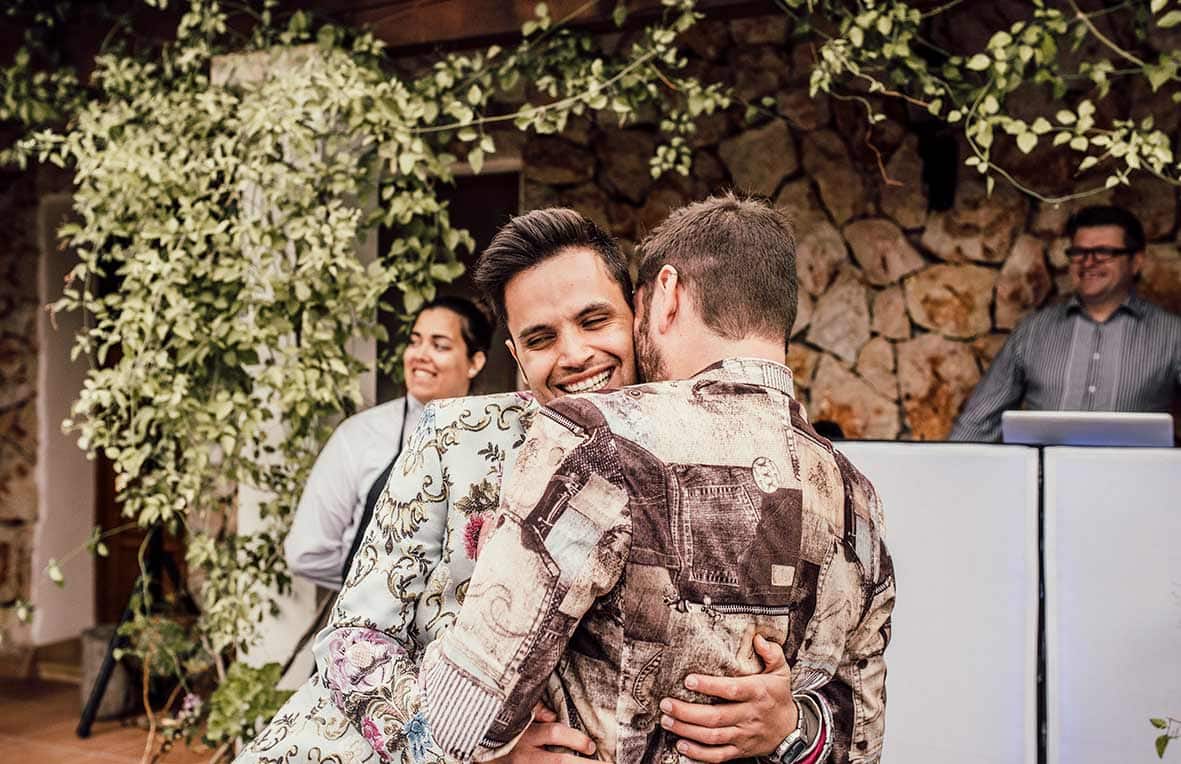 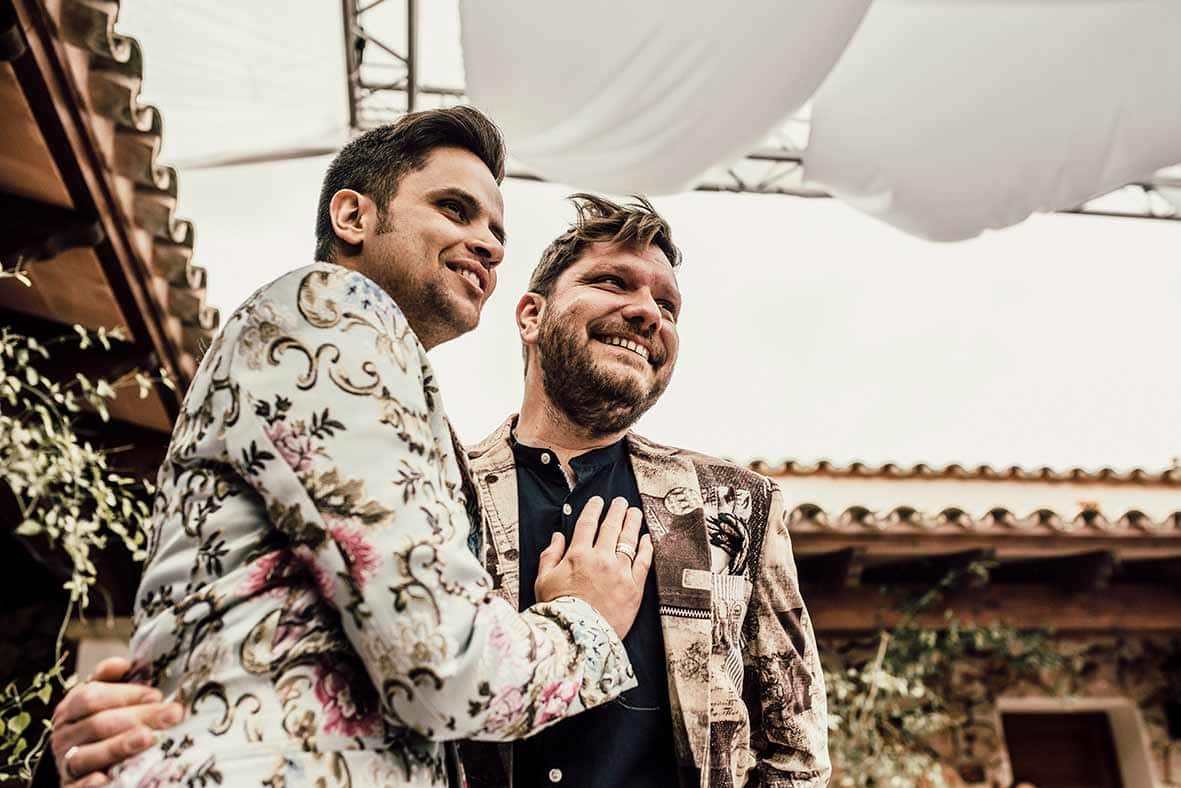 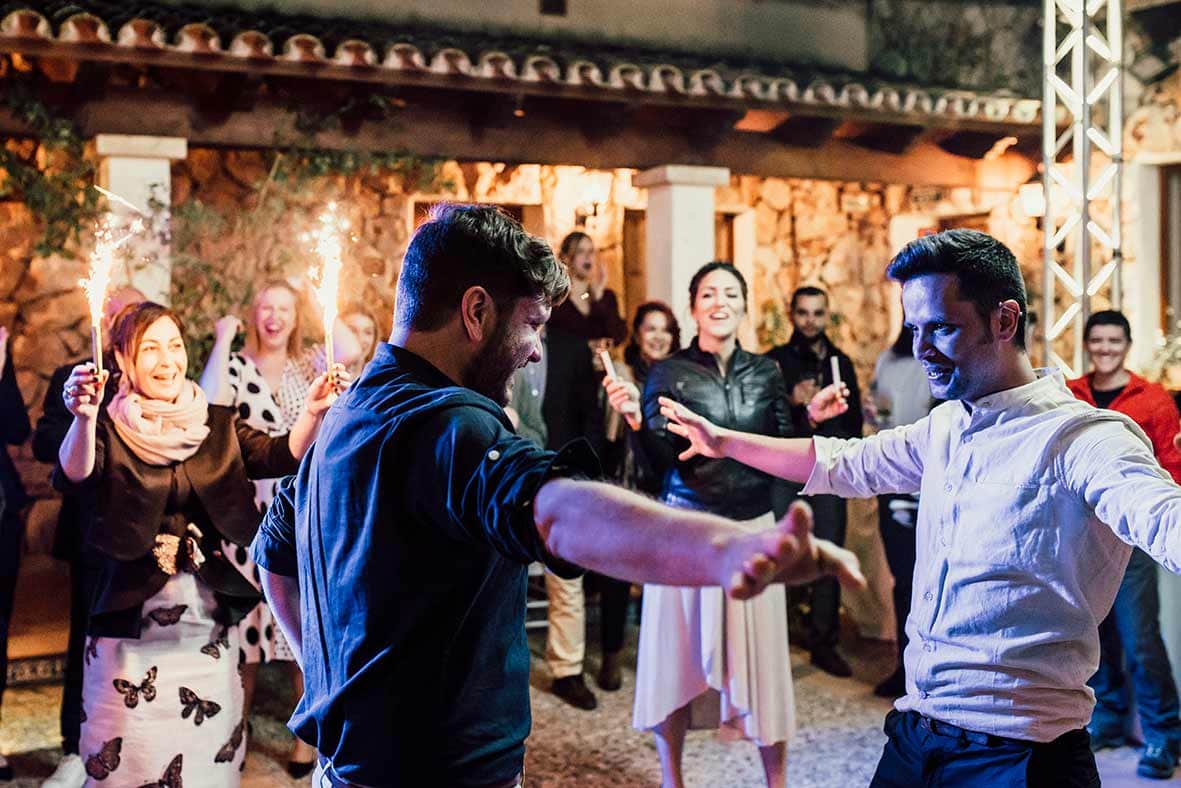 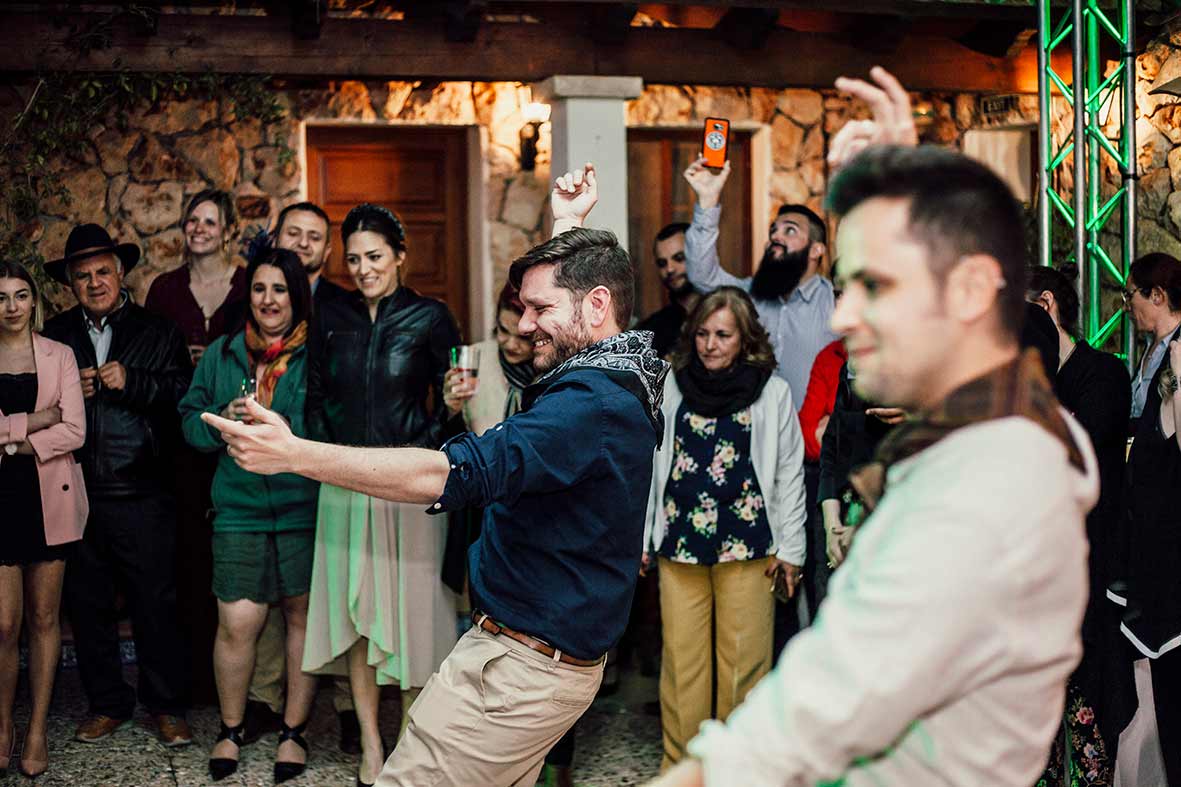 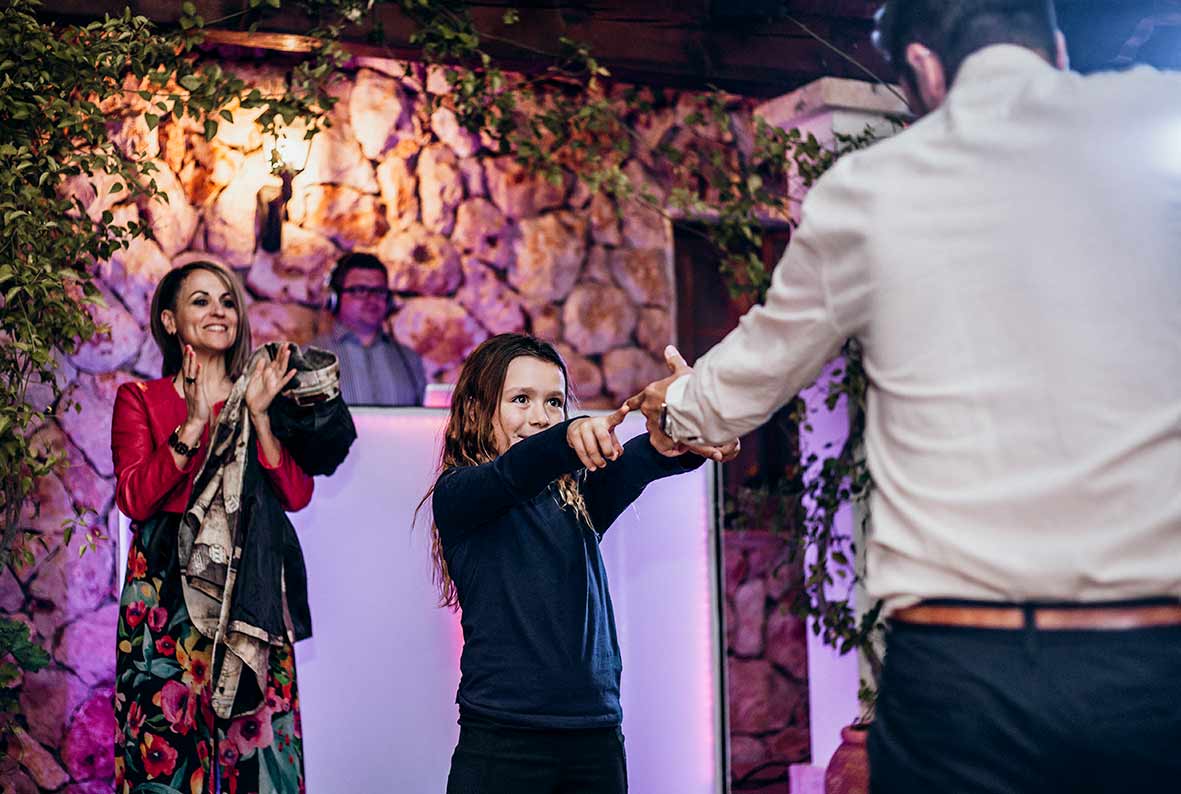 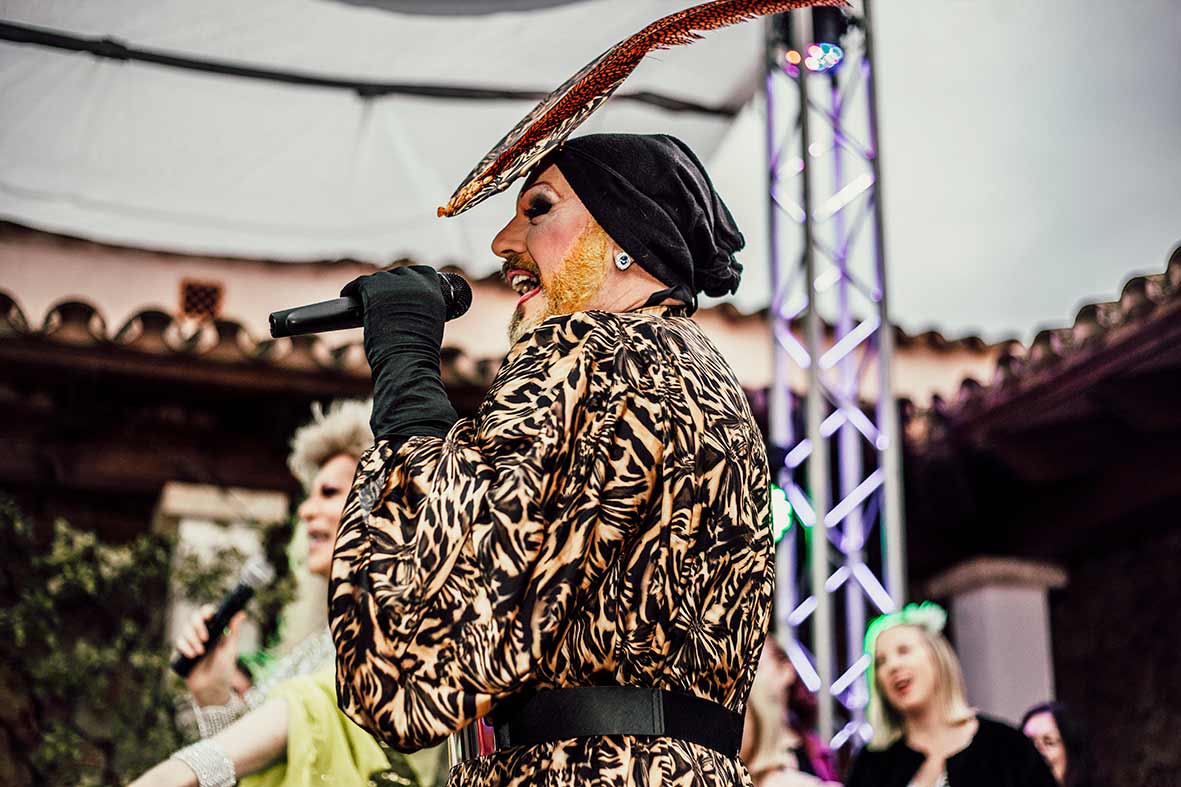 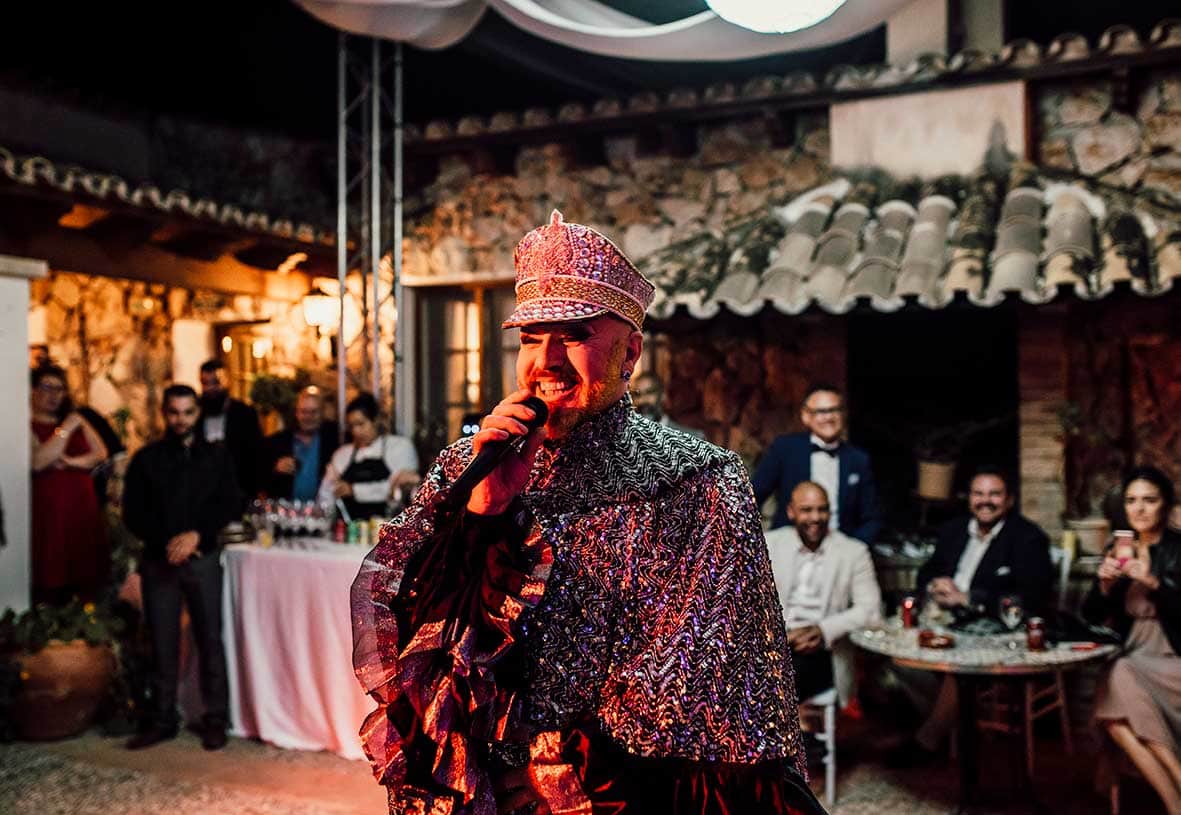 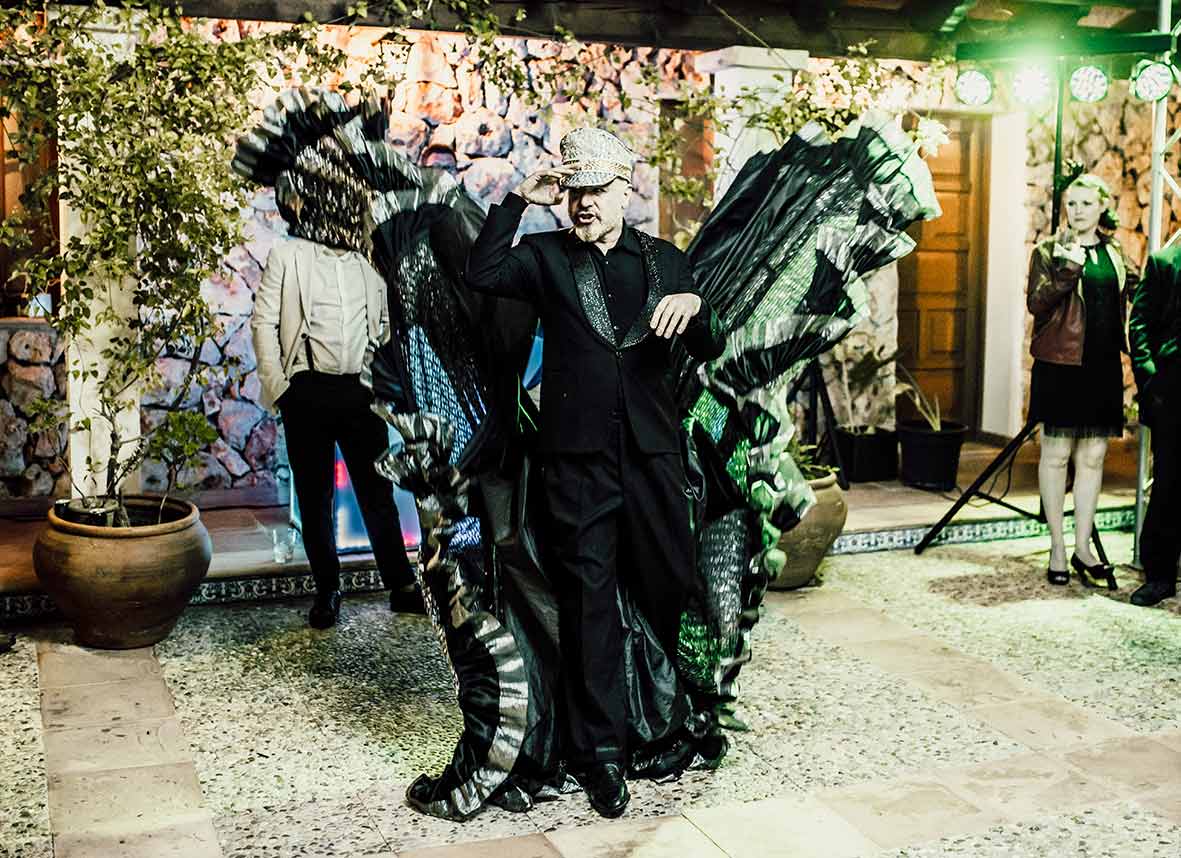 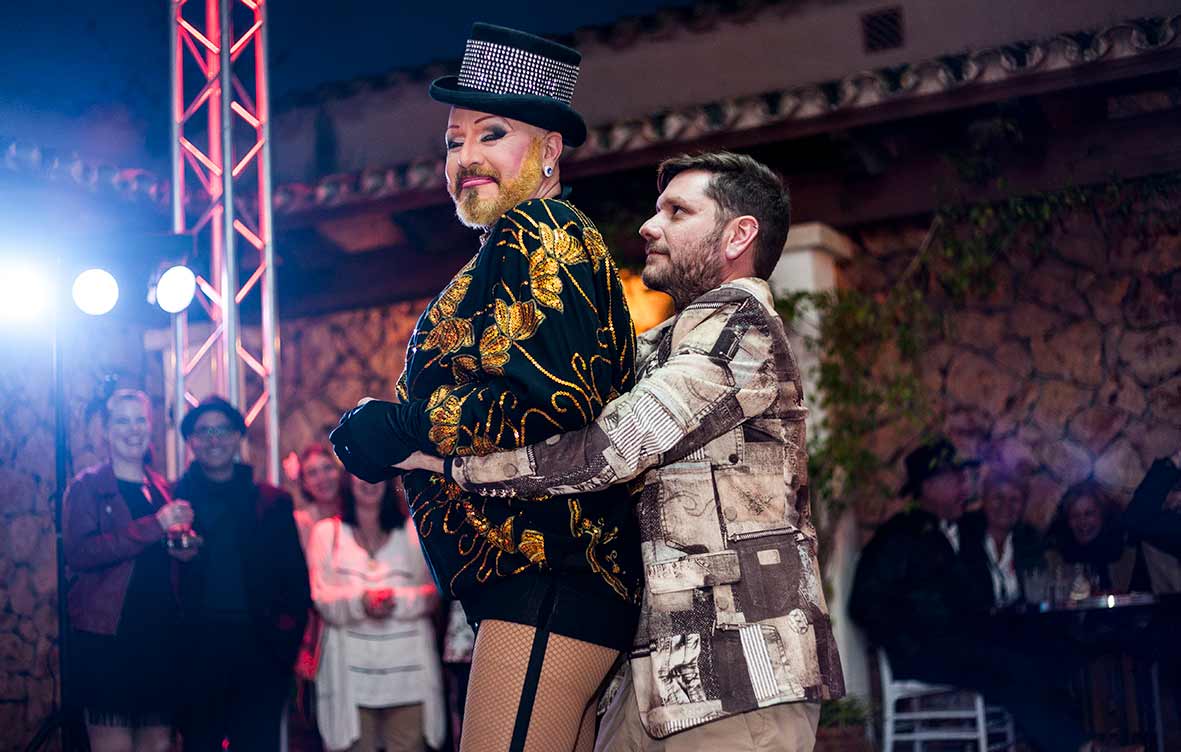 All started one afternoon in the centre of Palma. We had an appointment with two boys, Juan and Jose. They were thinking of getting married on March 30th and they were in the phase of choosing a photographer. I love meeting couples, it’s a good first contact to see the connection there is. As soon as we sat at the table on a terrace with them it was automatic. Jose’s humor and Juan’s charm made us fall in love. That day we ended up with a few  gin and tonic. Besides, they immediately made the decision that I would do the wedding. We knew it would be the beginning of a wonderful friendship. After that day we met more times to eat together and also to see the Finca.

The wedding was to be held at Finca Son Tomaset near Costix. A beautiful place with two swimming pools and a wonderful inner courtyard. There are several guest rooms that would be occupied by family and friends. Likewise they would stay in one of them which was great.

On the wedding day everything was beautifully prepared. The catering company in charge of the whole day was Turquesa. We had the pleasure of working with them before and they are great. Everyone ran trying to get the last details ready.

It was cloudy and we were afraid it might rain sometime during the day. At 11 o’clock we were there greeting Jose and Juan. They were nervous, but they also looked very excited. It was a day they had been planning for almost a year with a lot of love. They had taken care of every detail personally so it had to be a perfect day.

I had decided to take some pictures of them changing by the pool. They were going to do it together so it was going to be fun and different. I had them put on their swimsuits and bring their costumes. Jose being the way he is didn’t stop making jokes. They had chosen two suits that represented them perfectly. They were modern and elegant, out of the ordinary. We loved them!

We had a good time in the pool with them taking pictures and in a field next door. Already wanted everything to start and little by little the guests began to come.

After that, we went to the area where everyone was meeting and we met both their families. They were all very elegant and the women who attended wore pamela. It was one of the requirements that the boys had asked for and we thought it was a very good idea. So each one was wearing it and they were beautiful. Juan is Colombian so his family had moved from there. Jose’s are from Huesca and having lived in Catalonia there were also guests from Barcelona and Lleida. All of them were charming and ready to have a good day full of love.

Little by little they began to take a seat in the area of the ceremony. The clouds were covering the sun from time to time, fortunately it didn’t seem like it was going to rain. The two of them made a separate entrance, beautiful and excited. They met at the end of the corridor and looked at each other with such love. Everything went super beautifully. There were speeches full of precious words. Juan had some very emotional surprises remembering Jose’s mother. He gave him a bouquet of flowers and he couldn’t hold his tears and cried when he remembered her. A violinist played her favorite song and it was a very magical moment. Then the two read each other’s votes, reflecting in words how much they love each other. You could see their love in every gesture they made as they intertwined their hands throughout the ceremony.

The beautifully dressed children brought the rings and the yes I want was beautiful.

The exit at the end, both hand in hand, was celebrated with confetti cannons and much joy.

Everyone approached the couple congratulating them with kisses and hugs. Jose’s father had a radiant face. Juan’s mother smiled happily as she gave him a big hug. Everything was beautiful.

From there we went to the other pool decorated with balloons where the cocktail was going to be celebrated. Everyone was more relaxed and enjoyed Turquesa’s catering. It all looked great. I took this opportunity to take them for a while for some pictures. They would be under a tree they had decorated with beautiful white ribbons.

Once the cocktail was over we all went to the banquet area. It was prepared in the inner courtyard with long  tables. Catering Turquesa had everything very well prepared. The couple had made a personal handwritten message for each guest. Next to it there was a small cactus as a gift. All the guests smiled and were touched by their messages. They were a very nice detail.

The banquet was animated by music. Each table had the name of a diva and when their song played they had to get up to sing and dance. More than one got on the chairs and danced with the napkins in the air. There were a couple of speeches from friends, everyone was having a good time between plates.

At the end of the banquet we moved to the area in front of the house. This wedding was full of surprises and activities. Their friends had organized games and dances. It was a lot of fun and everyone participated enjoying themselves a lot. They played games for the couple who kept running from one side to the other. They had to look for things they were told and we laughed a lot.

On the way back to the patio area, everything was organized for the dance. Suddenly, to the surprise of the guests, two wonderful Drag Queens appeared. They were a gift from one of his friends who had brought them to do a show. It was something incredible, they made us all laugh and enjoy their art. They sang, danced and told jokes non-stop. They changed their dresses several times and it was a show we will never forget. The final number left us in shock. Suddenly with a song very vindicative Tormenta, that was called the Drag, removed her makeup. Then the cape she wore. The man she has underneath appeared, singing in a man’s voice, and it was spectacular. We all applauded and congratulated them, we loved the whole show.

Once finished Jose and Juan did their dance that was a very original mix of songs. They danced together with their nieces different choreographies and they had a great time. The girls really enjoyed participating in everything.

Then the disco started and all the guests didn’t stop dancing all night.

It was a wedding full of many feelings, a lot of love and a lot of fun. We will never forget and we are lucky to have won two friends forever. We love you and wish you a life full of laughter, love and fun.

Recommendation of the groom and the groom:

From the first meeting Inma and Blanca showed their willingness and professionalism. They have been able to guide us, help us and take care of each one of the necessary details to give us a dream wedding. The quality of their work is amazing, exciting and absolutely impeccable.

You can see the link of this recommendation: https://www.bodas.net/fotografos/inma-del-valle-fotografia–e60718/opiniones