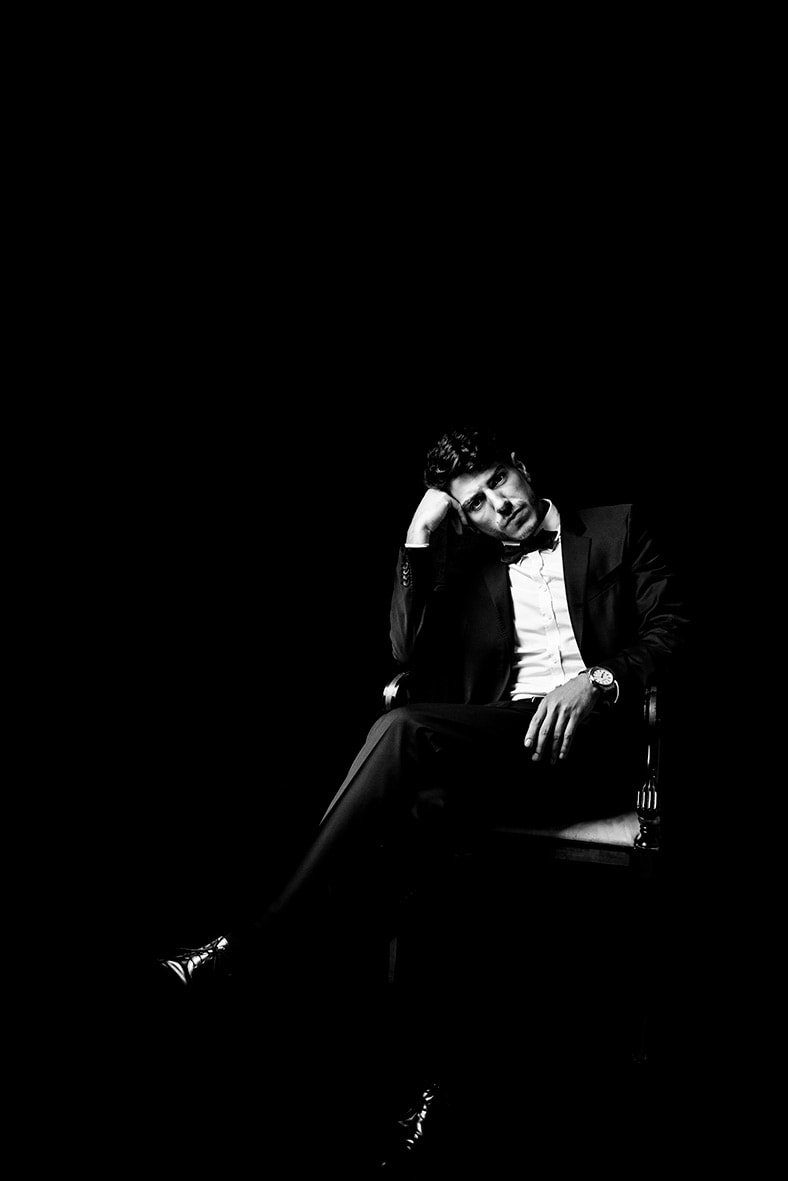 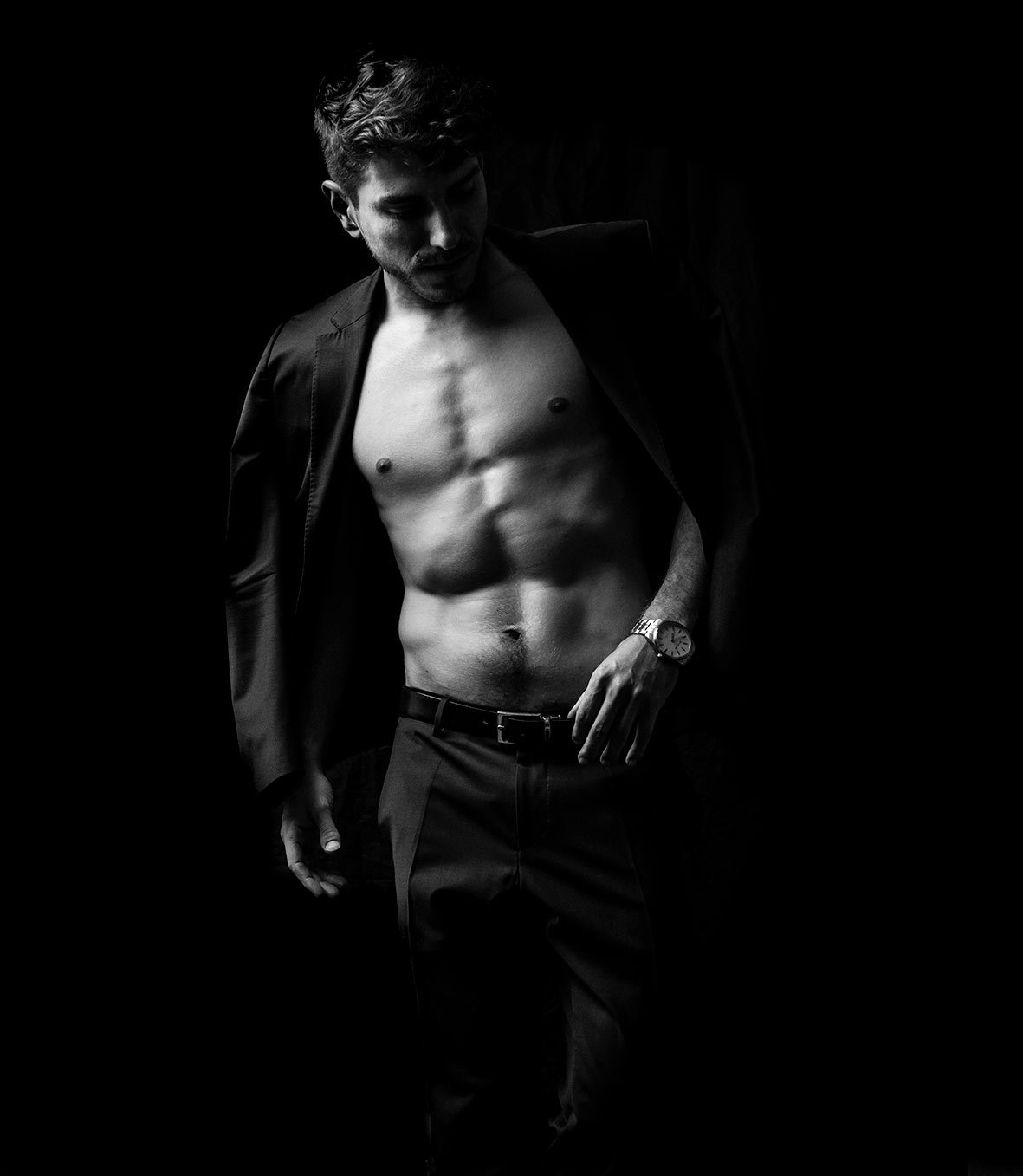 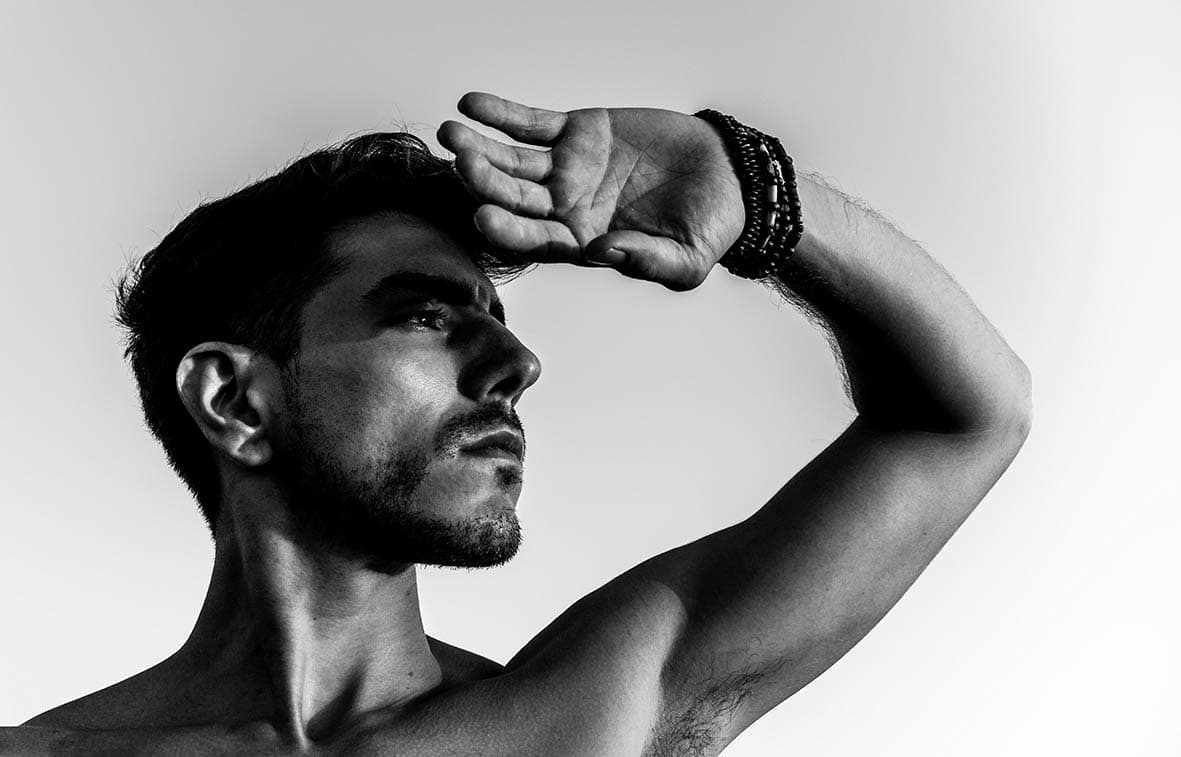 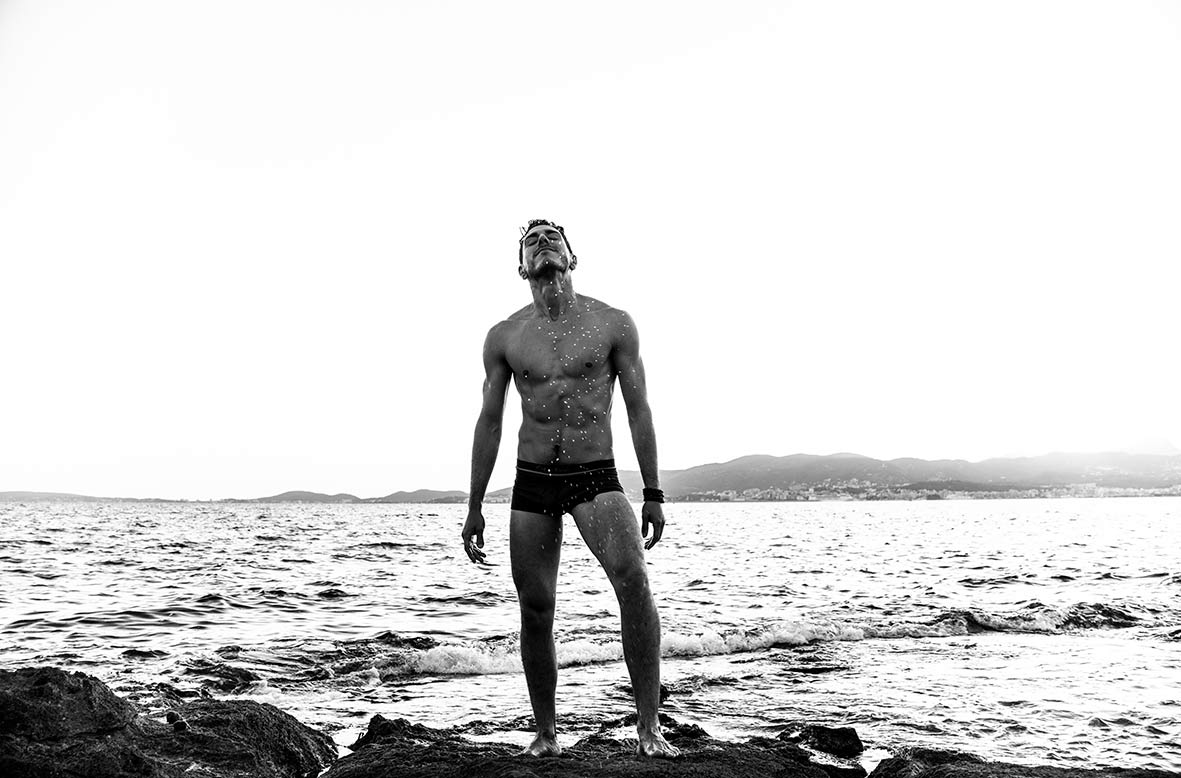 In the making of this shooting in Mallorca  I  met a very interesting person. His name is Pedro and he called me one day saying that he needed it because he wanted to expand his professional career. His intention was to enter the world of modeling agencies. As soon as I met him I knew that it was going to be very fun and interesting shooting in Mallorca. He has an enveloping and charismatic personality, when he talks  you want to listen carefully.

I thought it was a very good idea for him to try it in that world because he also has the perfect smile and expression. So we met one afternoon first to take a few photos in the studio. It was super easy as he knew how to pose and his movements were all very natural.

As he explained his life and aspirations to me, I took pictures of him. He changed clothes a few times and he put himself perfectly on the role. As you can see there were some super good photos where his charismatic presence is reflected.

Once satisfied in the studio we went to take outdoor photos for this shooting in Mallorca. I was already very relaxed and when it came to telling him the things I wanted him to do, it was a lot of fun. There were moments when I made him get into the water. He did not hesitate to do it because  knew that what would come out was going to be very good. The weather helped with a spectacular afternoon in Mallorca. I am lucky for shooting in Mallorca because I have many spectacular natural sceneries to do my job.

This time there were also some costume changes and I was able to take very interesting photos. Pedro was having a great time and told me what a good experience he was having. I love it when I work and I notice that people enjoy it.

You can see from the photos that I made him put his head in the water and he was a very professional collaborator and trusted me totally. When we did the last shots running along the beach we ended up giving each other a big hug. We had a great time and I was lucky enough to meet him.

After a few days when I gave him the photos he congratulated me super happy. He had found them incredible, his friends and family were enthusiastic about the result. I love it shooting in Mallorca and when is recognized a good job and everyone is happy. It was great to meet Pedro and I wish him all the best in his future.