Weddings with or without protocol 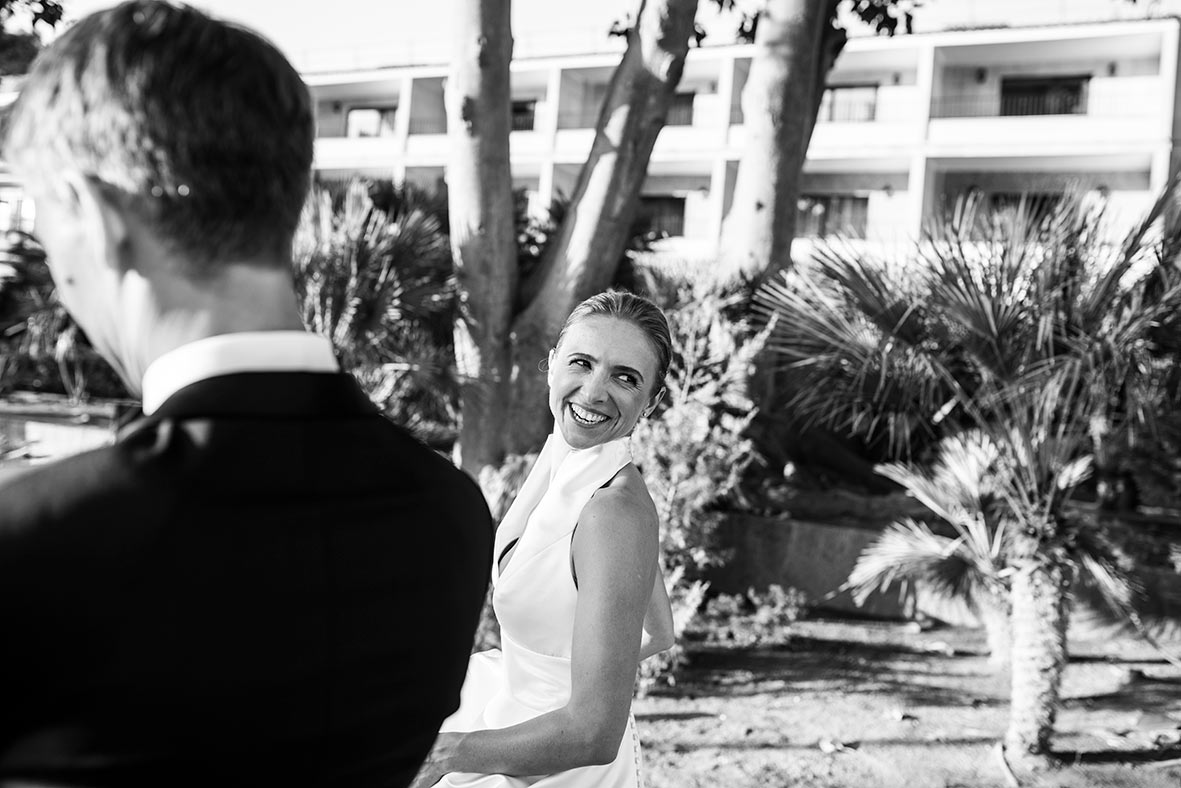 Weddings with or without protocol by Rosa del Valle

Are you a protocol or anti-protocol couple? Do you like to follow traditions or do you prefer to break with patterns and rules?

90 days to the wedding

Wedding planner:- How would you like to celebrate the event? Do you like weddings with or without protocol?

Bride: -Something simple, without many guests, zero protocol. We are super hippies, right, honey?

Groom: -Yes, yes, a day for people to have fun and forget about everything. The most important thing is that everyone enjoys it.

60 days to the celebration

Wedding planner: -Well, I already have practically everything. It’s not every day that you are lucky enough to find open-minded couples who are so easy to work with.

Bride:- Oh, thank you! We’ve been making the guest list and, hahahaha…. you won’t believe it. We have 225 people coming out, all at once, and we didn’t expect it. Hahahaha…and we haven’t let our parents invite their commitments.

Groom:- I would have left it at 200, but we are very happy that the others can also enjoy that day which is so important to us.

Wedding planner:- As for protocol… Are we still without rules? 35 is not the same as 225…

Groom: -Each one who comes as he wants and to enjoy to the fullest.

30 days to the celebration

Wedding planner:- Everything will be beautiful. I have the invitations here for you to have a look at them. I’m sure you’ll love them.

Bride:-Ummm… Yes, they are very pretty, but we have been thinking…. hahahaha, you won’t believe it…we would like the women to wear a hat or a headdress and I think it would be better to put the dress code on the invitation.

Wedding planner: -But it’s an evening wedding. Hats and headdresses are supposed to be for midday. The bow ties would be for a smoking jacket…

Bride:- We already told you that we did not want to follow the protocol. Let’s put our own. We want everything to be very free, but at the same time different.

Bride: -And we have thought that if someone skips some rule of the protocol we want you to put a punishment on them. Invent an ingenious test, something funny like going around the finca 10 times, doing 10 laps in the swimming pool or we can put a thinking corner.

I read over 30 articles on weddings with or without protocol before writing this post. Some of them seemed to be taken from the last century. In others there were endless rules with their sections and subsections. I have come to the conclusion that I would advise to be anti-protocol, but the real thing, not the one: “If you skip my own protocol, which is super-fun, copy it 100 times on paper, I will never do it again”. I would simply write on the invitation: “Common sense and enjoy”. That way you would avoid your wedding becoming a headache for the guests. It’s great to want everything to be perfect, but the more natural, the more fun.

For all the fans of protocol and rules I will give you some examples where I personally do not think it has been a success to follow it to the fullest.

Guests in the south of Spain with long sleeved dresses, high collars and 40 degrees in the shade. It may be very demure and in keeping with religious weddings, but I have seen school uniforms with much shorter skirts.

Infanta Leonor’s dress at the presentation of the Princess of Asturias. My grandmother used to wear one just like it on holidays, at knee height with the combination underneath so that the satin would not stick to her legs.

Pamela from Infanta Elena at her sister Cristina’s wedding. We have to admit that this woman is a visionary because she would have been ideal for maintaining social distance at this time.

Ana Botella determined to speak English to the members of the IOC. Very formal as a mayor, but as a representation of the country a pity. However, almost as much fun as Ortega Cano skipping protocol and singing ” Estamos tan agustito ” at Roicito’s wedding. There are times when skipping protocol is very justified because sometimes, that’s when you get full of glory. From that wedding, I’m sure that the guests only remember that song, the bride’s twilight blue eyes and her one-meter-long Peruvian hairpiece making loops like Scarlett O’Hara’s.

Carolina from Monaco, performing like a champion, arriving alone dressed in Chanel from head to toe at the wedding of the Kings, while her husband was sleeping it off in the hotel or peeing in some corner. The truth is that Ernesto is the living example of skipping protocols with a pole.

The sublime moment when Queen Leticia, on Easter Day, prevents the girls from having their photo taken with their grandmother as they leave the church. What could Peñafiel talk about if these things did not happen?

Brides dressed in parakeet yellow at the wedding of Pilar Rubio and Sergio Ramos because they had forbidden all the colours of the rainbow. What a need!

These are just some of the examples that clearly show that following protocol is sometimes not the right thing to do, especially when what people lack is common sense.

Weddings with or without protocol

HOW MUCH WEDDINGS HAVE CHANGED!

The best fincas in Mallorca